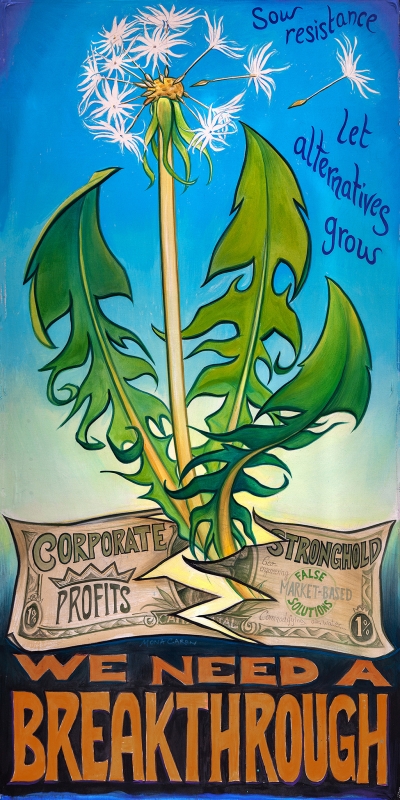 I was among the many artists who joined the art team for the epic People's Climate March in New York on September 20th, 2014, and for the Flood Wall Street action the following day.

I also photographed the march, the direct action on Wall Street, and the general scene of art-making for the march at the convergence center at Mayday Space and Be Electric studios in Brooklyn, and pitched in with David Solnit and Amy Hutto in painting parachutes and banners with Climate Justice Alliance and others among the 800+ organizations who took part.

Among the items I designed was this dandelion banner and series of dandelion seed graphics, silk screened on wearable cloth patches.

The big dandelion is shown breaking through a system that is hard to crack, but which we believe is not invincible, with widespread resilient grassroots movements and the dissemination of alternatives. 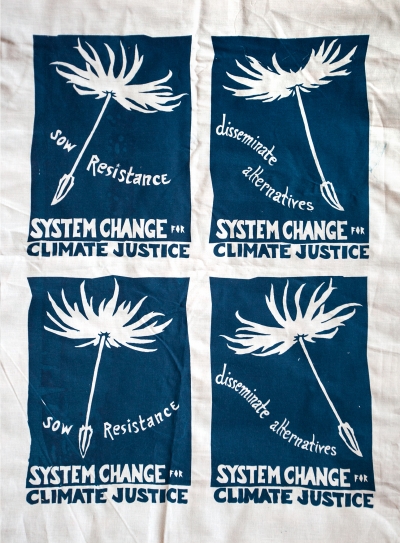 The idea of the dandelion seed patches was that people wearing them at the march would initially be close to each other as they got distributed, but if later people dispersed (either forcibly through police intervention, or peacefully by themselves) the image of the seeds scattering would look expected and hopeful: each seed, each individual, would be carrying within them the full potential of the people-power they'd just experienced temporarily in the streets.

Half a million people came to the People's Climate March, and upwards of 4000 took part in Flood Wall Street direct action the following day. 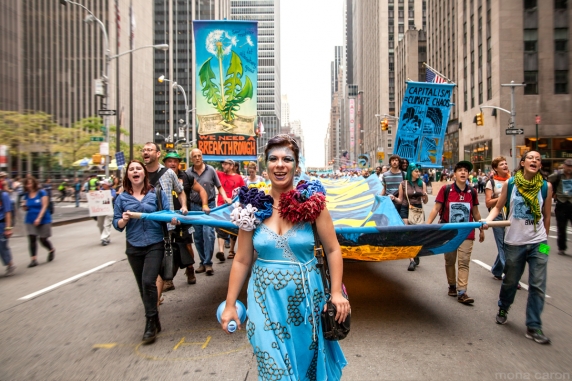 moment at the S20 march 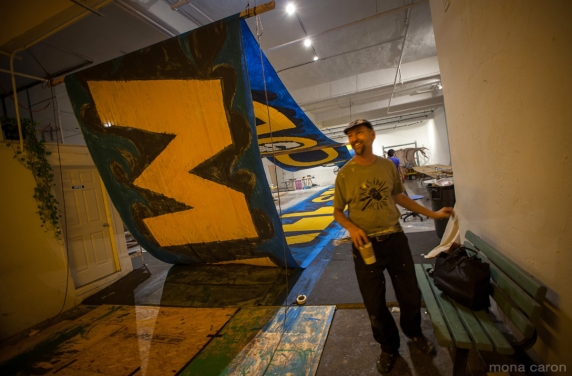 David Solnit with the <a href="https 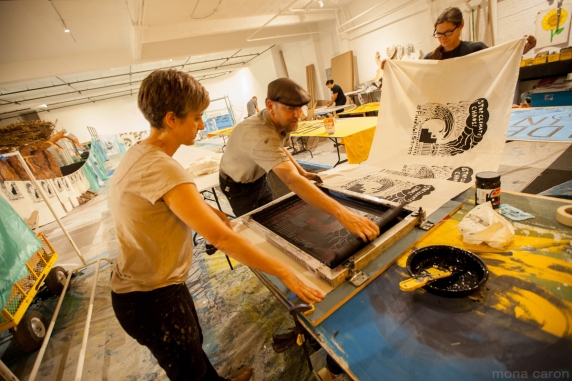 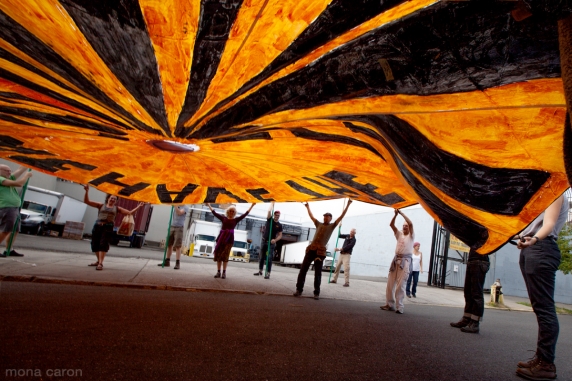 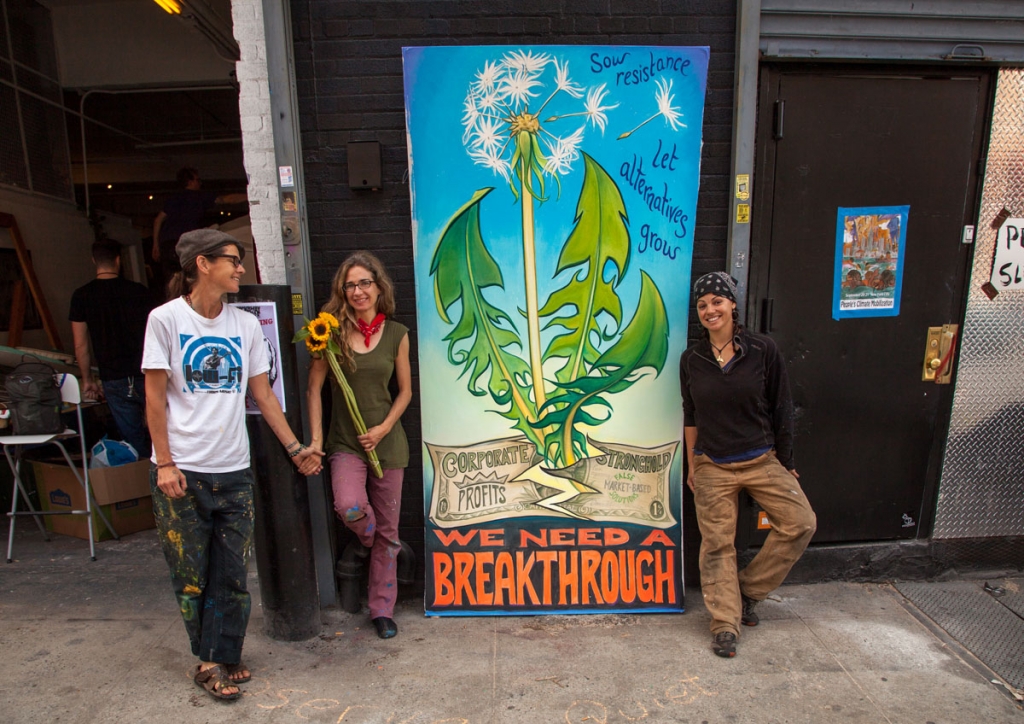 Amy Hutto, Mona, and Georgia Hirsty in Brooklyn, the week before the march 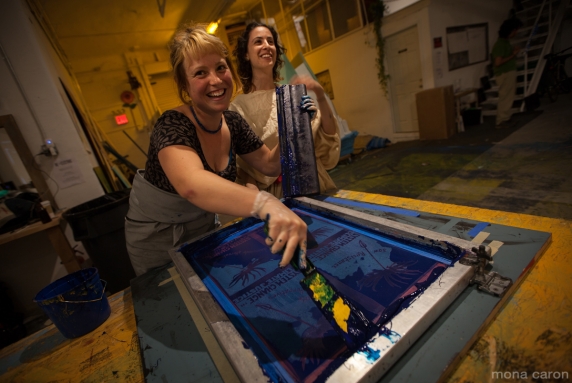