Saving the river Mailanku: a mural on an autonomously built and community-managed water treatment plant near Cochabamba, Bolivia.

The mural was completed for the plant's inauguration, which coincided with the 15th anniversary of the Water War uprising. It was built with sustainable methods by the water cooperative of the neighborhood of San Pedro Magisterio, outside Cochabamba, Bolivia, with support from the organizations CeVi and Fundación Abril.

According to water rights activist Oscar Olivera, this water treatment plant was created in alignment with the spirit that unified and mobilized the population here during the water war uprising of 2000, and represents a hopeful next step in the local struggle for water autonomy. I was invited to paint a mural on this this small but symbolically significant piece of infrastructure, to help connect the philosophy behind its making with the spirit of that historical event.

On this second visit of mine to the region, I was present for several events that were held for the 15th anniversary of the water war, including a seminar with various presentations that drew a dreary picture of the state of water in Bolivia.

Apart from presentations on the current massive water usage in mining and drilling in the increasingly intensive extractivist project that Bolivia continues to be, despite the illuminated "buen vivir" rhetoric of the government, the conference included a stunning exposé on the crippling corruption surrounding mega-projects for water provision, such as the local never-ending Misicuni dam, a striking example of the seemingly intractable problems that large-scale projects tend to pose, whether private/corporate or public/state-led.

In contrast to another planned water treatment project for the region, which is very large and thus forever stuck in the pipeline, this is an autonomous grassroots project built by and for the people of the barrio S. Pedro Magisterio, with the financial support of a water solidarity fund originating in the Italian region of Friuli, coordinated by the organization CeVI (Centro di Volontariato Internazionale). The project is small and community-driven, and as such, it was built within a short time at relatively low cast.

Oscar Olivera of Fundación Abril, noted former leader of the factory workers union, who played a prominent role in the Water War of 2000 as spokesperson of the Coordinadora del Agua y la Vida, spoke at both the seminar and at the water plant inauguration of what he remembers being central demands during the uprising: democratic power of decision and community-based management of water as a common good, not as a commodifyable resource.

Of this spirit of the water war, droplets remain. But one such drop, Oscar says, is represented by this very project: the first water treatment plant on Cochabamba's river Rocha - which happens to be a small-scale, community-built one.

To emphasize the connection with the essence of the struggle of 2000, it was mentioned during the unveiling that I was the author of the water war mural I created here in Cochabamba 5 years ago, the images of which were used throughout the anniversary events the previous week.

What I aimed to depict in this little mural is this spirit that Oscar described, stressing community participation at every level, which was also a common denominator in conversations with water cooperative members and local OTB (organisatión territorial de base) representatives, when I consulted with them about the mural design.

As usual, I sneaked in various cameos of community members and people involved in the project, so those are the details that people are pointing at in the photos below. 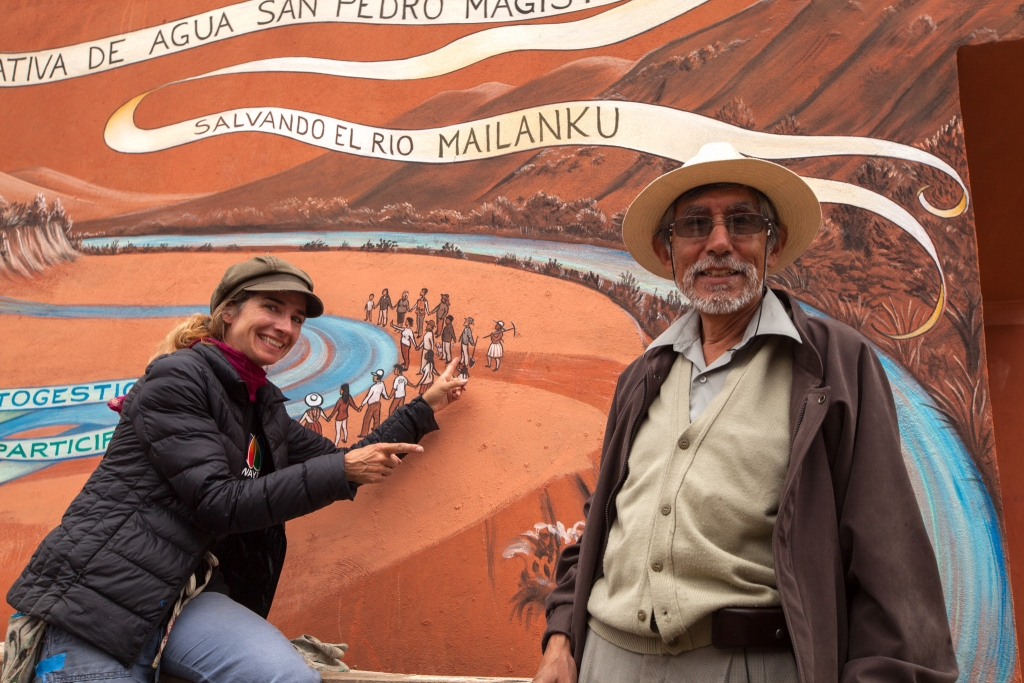 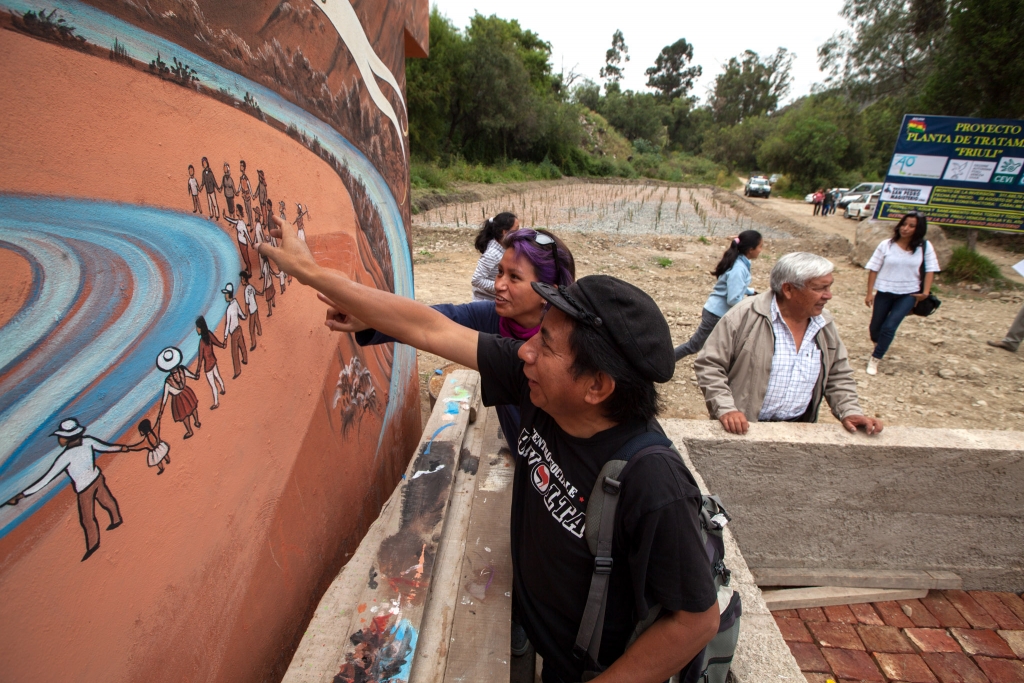 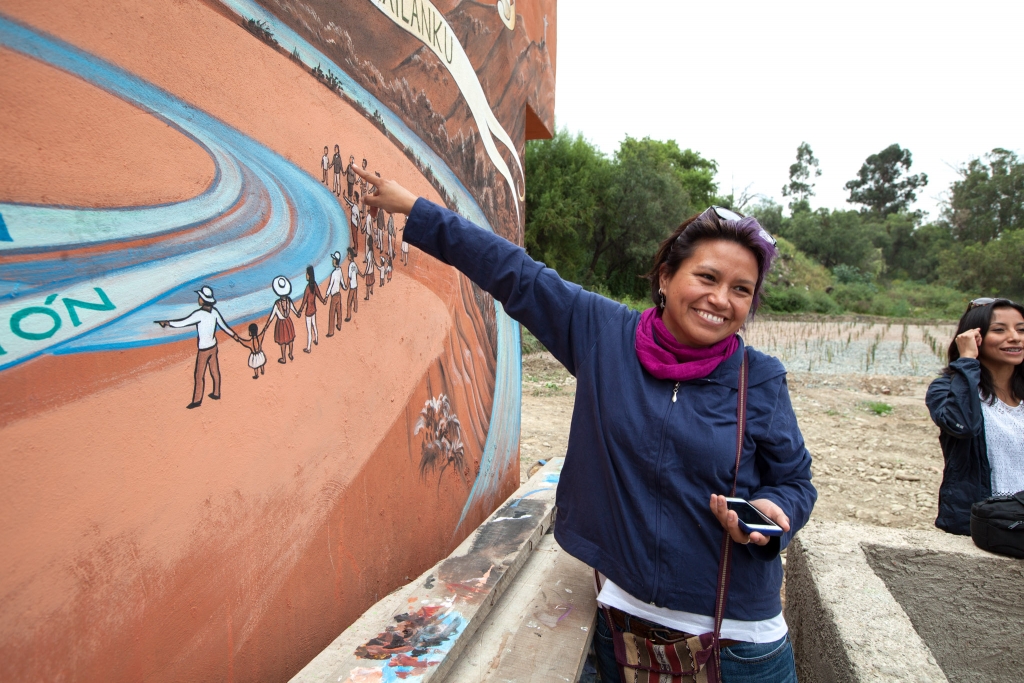 After briefly presenting the mural to the assembled community and officials, I got to participate the "challa" of the new treatment plant, the traditional inauguration involving Chicha, (breaking the pot after drinking a swig and pouring some out for the Pachamama.)

created in support of: