A dandelion in Mendrisio, Switzerland, with painted seeds flying out the courtyard, into the streets, even down to the train station, so that if followed, they lead a visitor to the mother plant.

Some seed puffs even appeared as far South as Milan, a fter a presentation I gave for a high school class there. A TV crew from RSI La1 documented the spreading of the seeds, producing a short video starting at minute 14:14 of this episode of Turné (in Italian.) 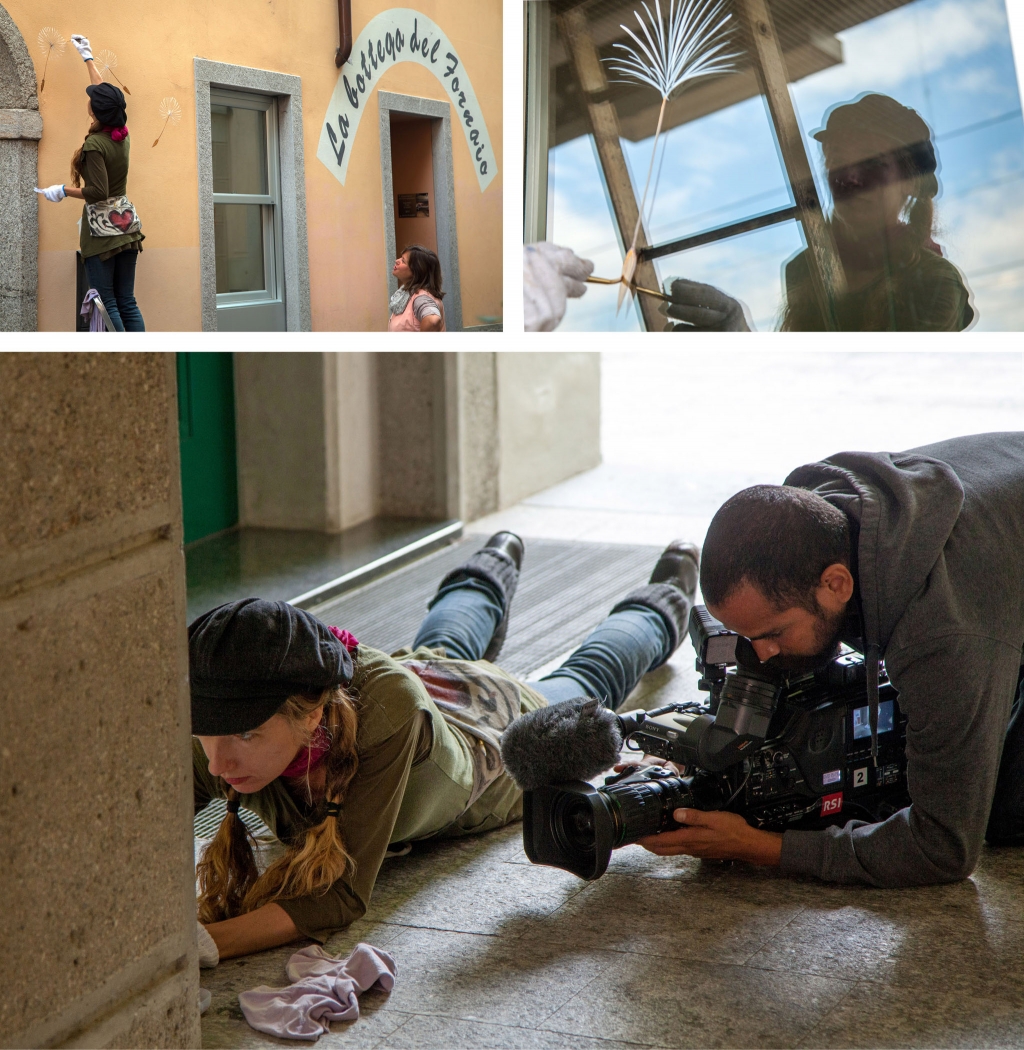 At the official unveiling of this dandelion, noted Swiss-Italian author and poet Alberto Nessi presented the work, ending with his perfectly fitting poem written in 2000, “Soffioni.” 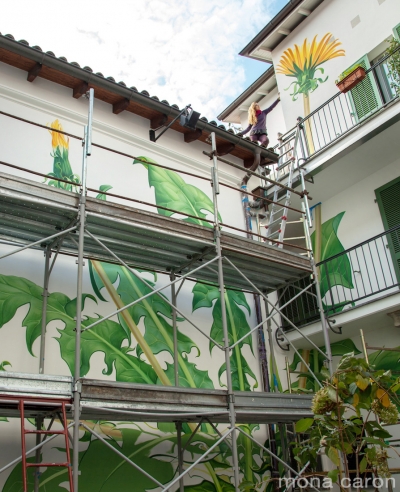 Many entities in the Swiss town of Mendrisio participated to allow this dandelion to break through, and disseminate beyond the originally intended mural wall:

The Fondazione Maletti allowed the plant to reach across the corner, the residents of nearby buildings let me paint the dandelion's airborne seeds down the adjacent streets, and local authorities allowed the seeds to appear in the town’s two main arrival points: the municipal parking garage and the train station.

At the entrance to the courtyard, there is a smaller dandelion beckoning passers by. It was created as a stop motion animation featured in the video WEEDS.

Special thanks to:
Avv. Alessandro Guglielmetti