This mural features the first wildflower that made it back to a barren piece of land in Union City, California, after its rehabilitation from industrial pollution, and during the construction of a new affordable housing complex. 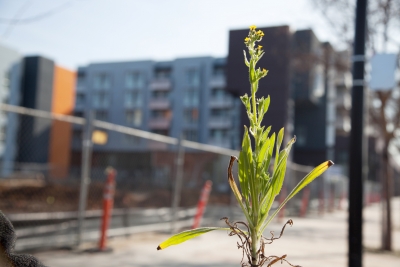 The topsoil had been completely scraped off to remove pollution, killing all vegetation. As the building construction neared completion, the first lone wildflower I found sprouting there was a tiny Amsinckia Menziesii, which became the main feature of the mural, a symbol of resilience.

The same way seeds blowing in from afar can take root on new land, to grow and blossom beautifully regardless how humble or distant their origin, so can people.  So at the bottom of the giant wildflower, the new residents, mostly immigrant families, collaborated by adding phrases of welcome into the roots of the plant, in their sundry native languages, to greet the new communities moving in.

The roots also include a miniature painting of the history of that land, from its indigenous inhabitants up to the sprouting of the Amsinckia, because history is part of any rooting. The roots also  feature a future vision of the neighborhood containing the wishes of the kids who live in the building, collected at a community meeting.

Watch a making-of video, or check out the in-depth story behind this mural.

The history of the land: detail at the bottom of the mural - (pops up a zoomable high-res image) 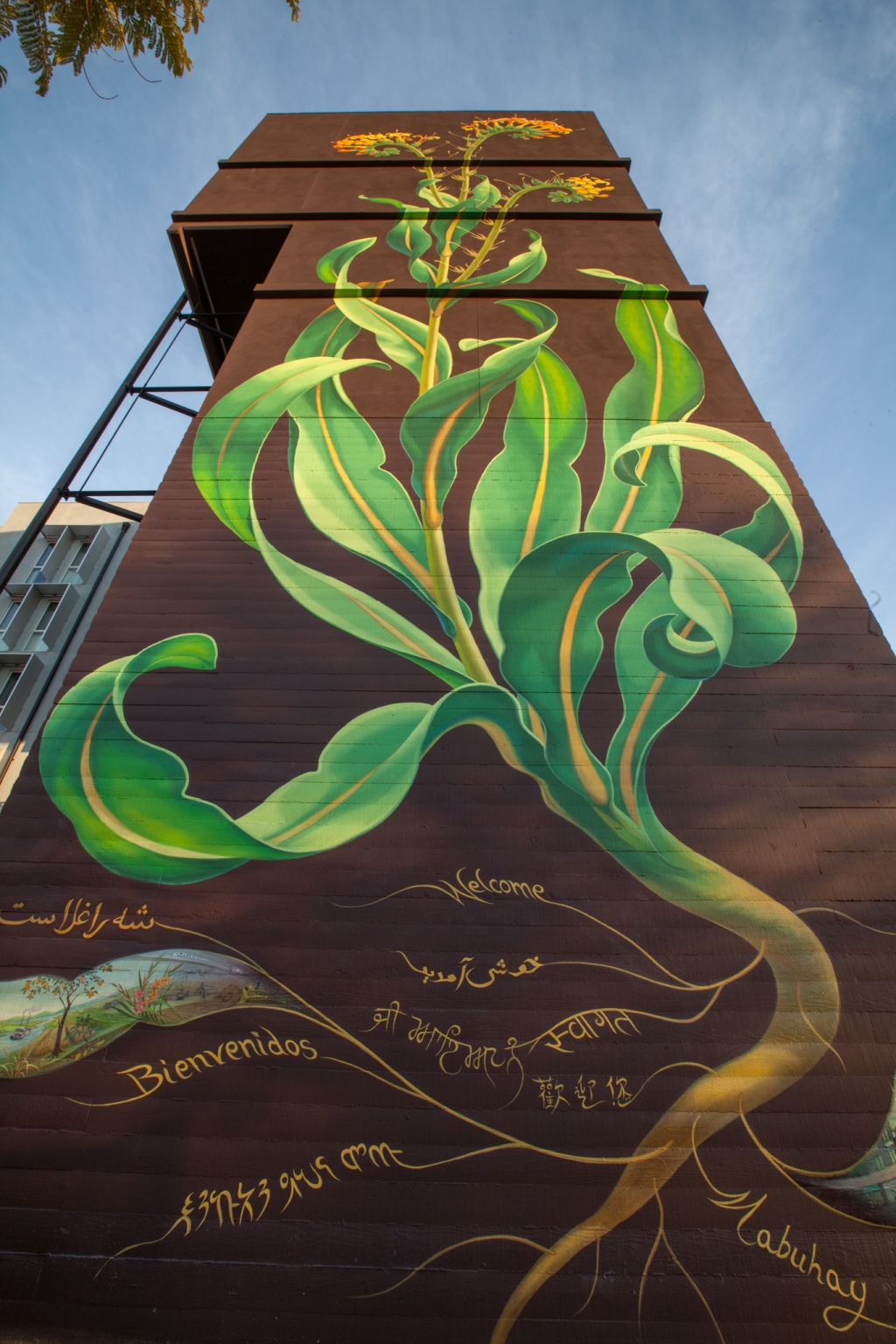