How to act when the house is on fire... ﻿These are times of dark amber skies. “Viver de Luz”, the title of this mural, means “to live on light”, an expression used scoffingly as in “what are ya gonna do with no job, no plan? Live on light??” ﻿That seems to be the plan, as the smoke keeps coming... But:

﻿“Vi verde luz” sounds the same but might hold a clue: see the green, see the light. Our life might indeed dangle from that beacon.

﻿I don’t usually paint big portraits, this is an exception. Wrangling away from our conditioning of seeing figures before plants, eating the meat and leaving the vegetables (the latter being just “stuff on the side” or “decoration”) has been deliberate on my part.

﻿That conditioning appears to relate to gender. And when forests are just green stuff in the way of a bloody hunt for copper or oil, it often relates to race, too.) What I’m after in my art is an opposite sensibility, implicit in my insistence on telling stories through plants.

﻿But when São Paulo artist Mauro Neri aka Veracidade invited me to paint the opposite side of the building he was painting, I sought to approach my piece as a complement to his, a Yin to his Yang.

On the west wall, (see @reveracidade for pics) this male artist chose to elevate the empowered black female, with a colossal portrait reminiscent of Marielle Franco or Angela Davis at the top, with the words “pode haver igualdade” - “there *can* be equality”.

So in my mural, a more introspective, partially hidden space, I placed the focus at the bottom instead, on the bit of nature that we’ve left, and on the act of protecting, nursing, lovingly tending... performed by a male.

Un-gendering the sensibility of seeing fragile life and helping it renew and grow, is possible, is necessary. And probably best in guiding hands that aren’t white, too.
﻿It's achievable despite smoke and pandemics: to find far greater love than we’ve previously known, and focus on tending it.  It might start with listening, and looking, for real. 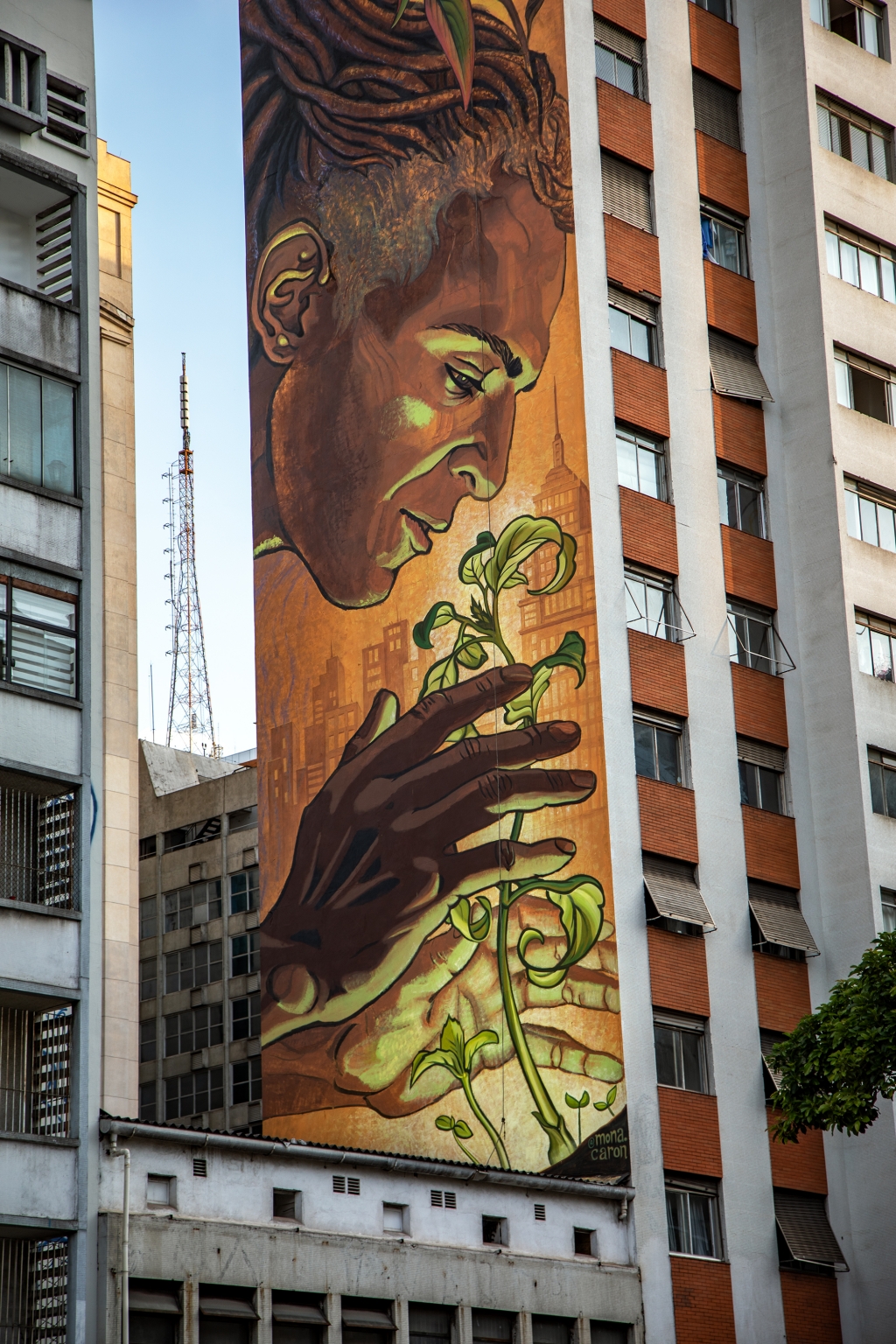 Other photos by Mona Caron.