In June 2004 we unveiled the mural with a little street party hosted by the lovely Sisters of Perpetual Indulgence.

The first and perhaps the only comprehensive tour of every detail of the mural was given to the people who came. Some folks did something for the first time which in later years became a tradition: they brought objects or people that are depicted in the mural.... so that life imitates art that imitates life, in a continuous loop. 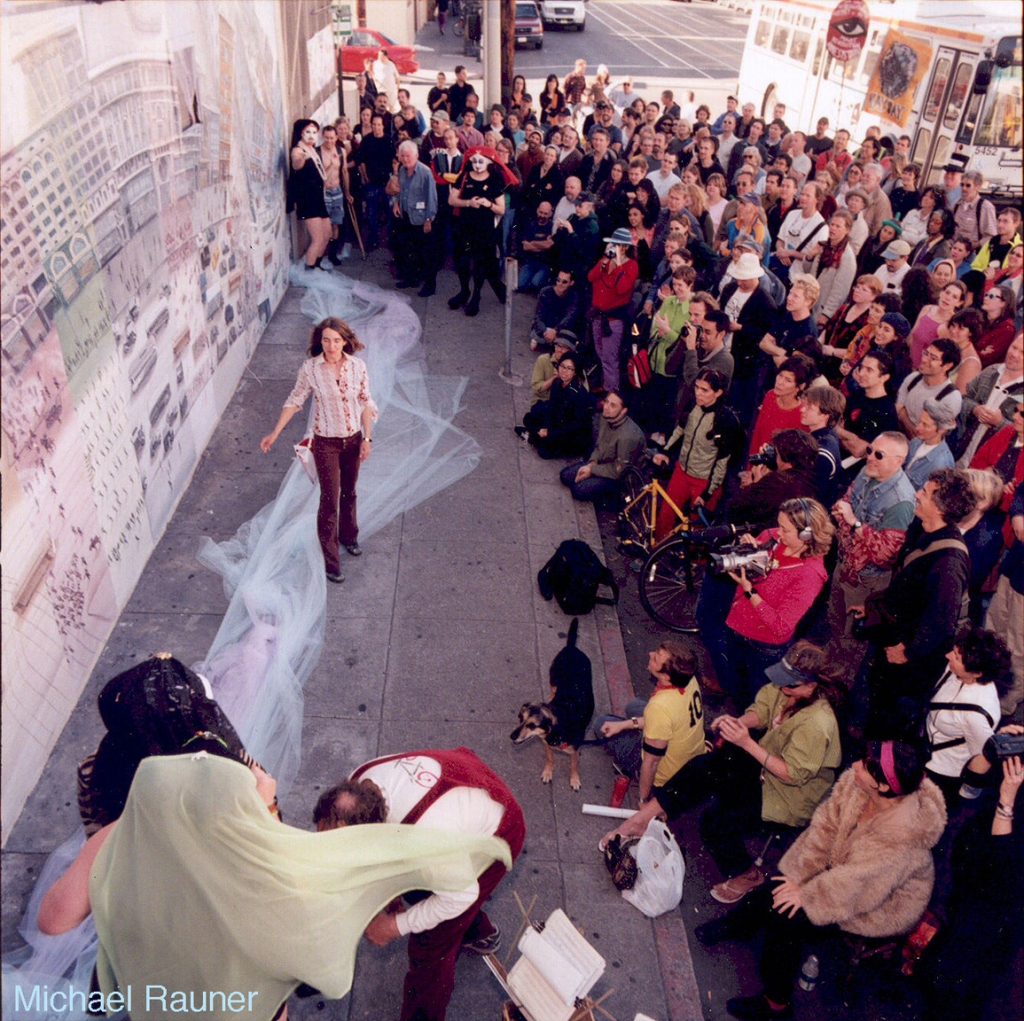 Dedication in memory of Dave Pharr

FoundSF tour of this mural

This mural has received: