Like weeds, their origins are sundry: Echinacea, Leonotis leonurus, agastache mexicana, safflower... each hails from a different continent, their only commonality is their possession of healing powers.

In the mural, their rootless migrant growth materializes like magic at the grassroots of the urban jungle, conjured like a spell around clusters of people engaged in various tiny actions that might reconnect us physically, emotionally, in action and spirit, to the primacy of nature and to each other. Drops in a bucket, imperceptibly small beneath the massive, skyrocketing dangers and harms looming above.

But from those beacons in the dark, healing plants grow upwards, pushing beyond our predicament. The healing plants assert themselves somehow, reaching that elusive clear sky, rarely seen in many cities like Kaohsiung. 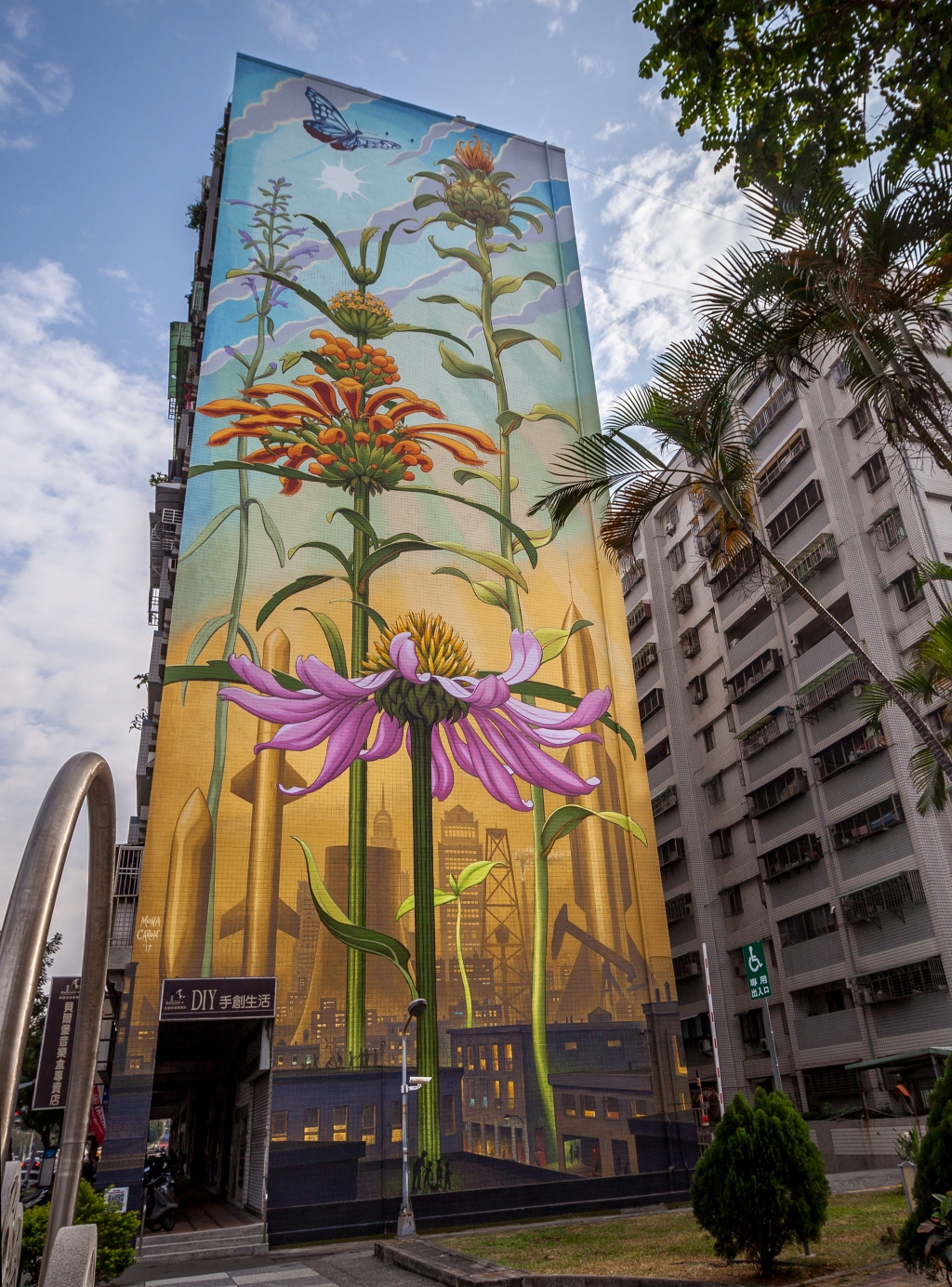 As I do with my Weeds, I utilized a wall’s large size to emphasize this inversion of scale, a micro-to-macro assertion of the power of small things, the power of the grassroots, human or plant.

Is it a dream? Is it hope? Is it a wish, or is it a plan? Is it what’s actually happening around us?

It could be all of it, sequentially. This mural depicts a feeling, mostly. That feeling from down under: it sure feels a long way up to where the sky is clear these days. Several endless minutes on a hydraulic platform! Haha… But if we do plant a seed, may Parantica Sita (the long-distance migrating butterfly) eventually carry the pollen of change across the oceans.

A micro to macro fly-through of this mural, with music by David O'Brian:

Some snapshots from the making of this mural...

Many thanks to Racky and Jovian Chia-yu Chiu for tireless help on this mural, and to Ms. Chen, Jeff, and everyone at Kaishuan Village for their great kindness!

City of Kaohsiung, Lingya district
Featured by The Wallriors Festival

Government officials and news reports claim it to be the largest mural in Asia by surface, as of December 2017.