Skip to main content
Back to top
Previous Pause Next 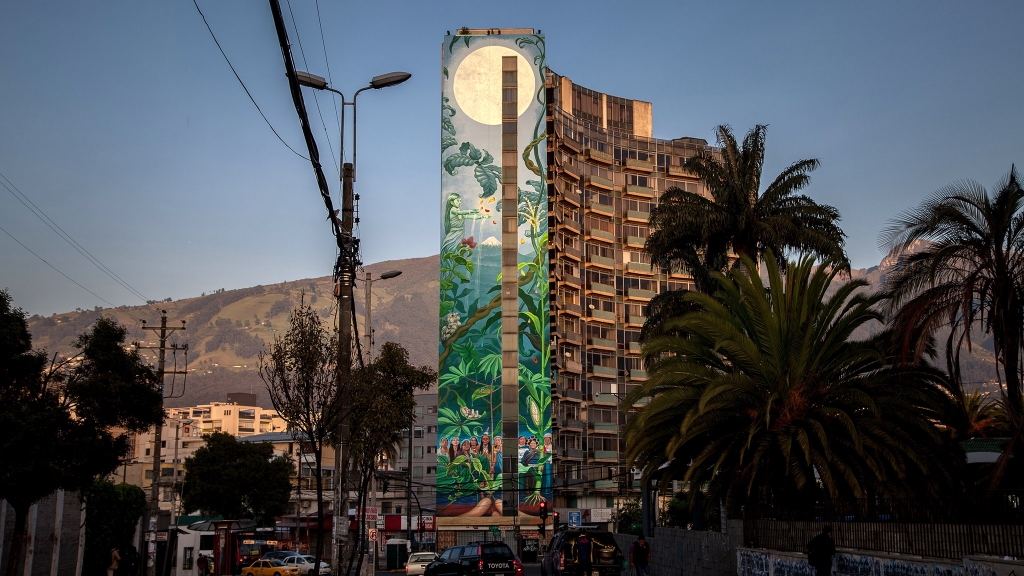 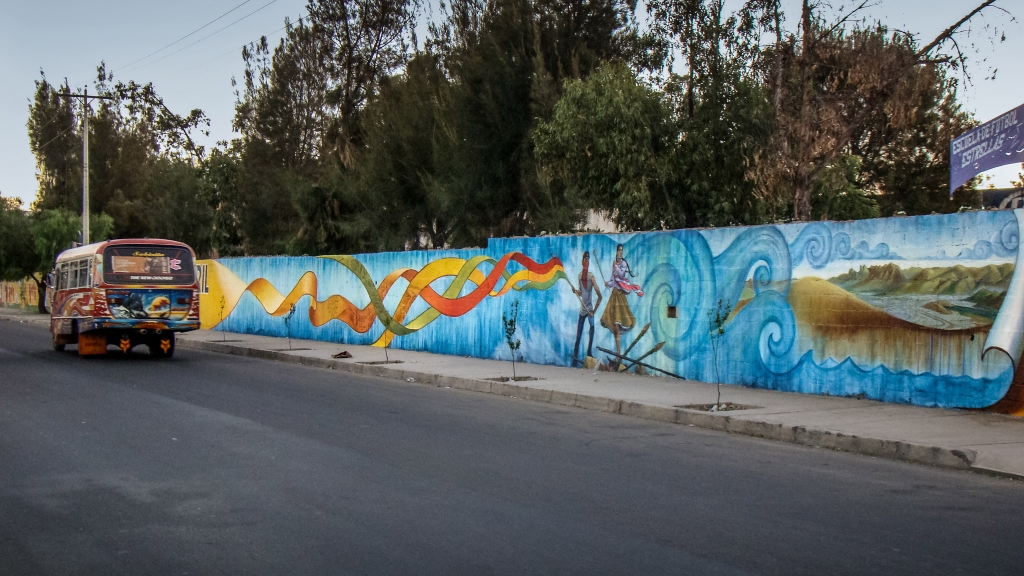 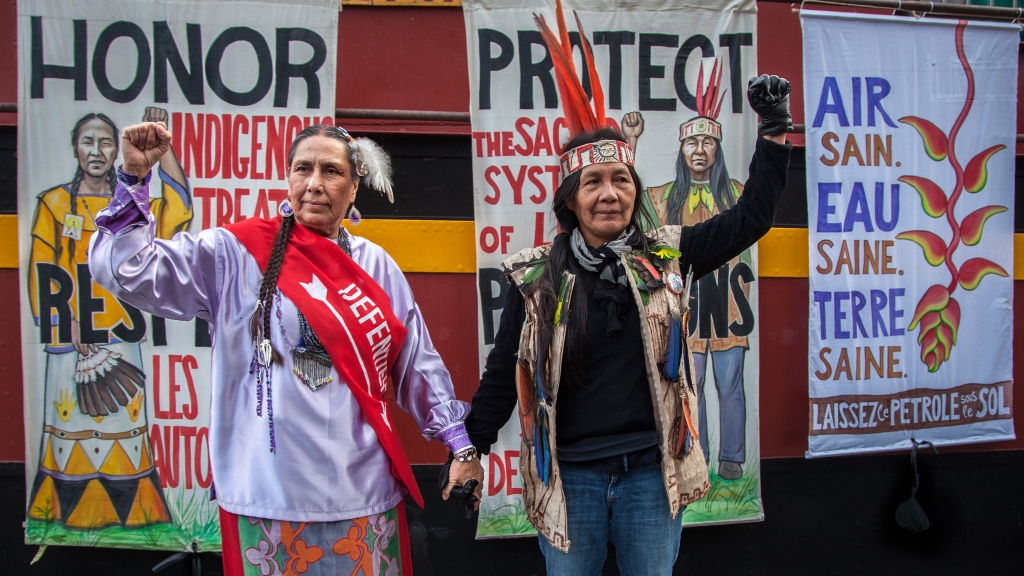 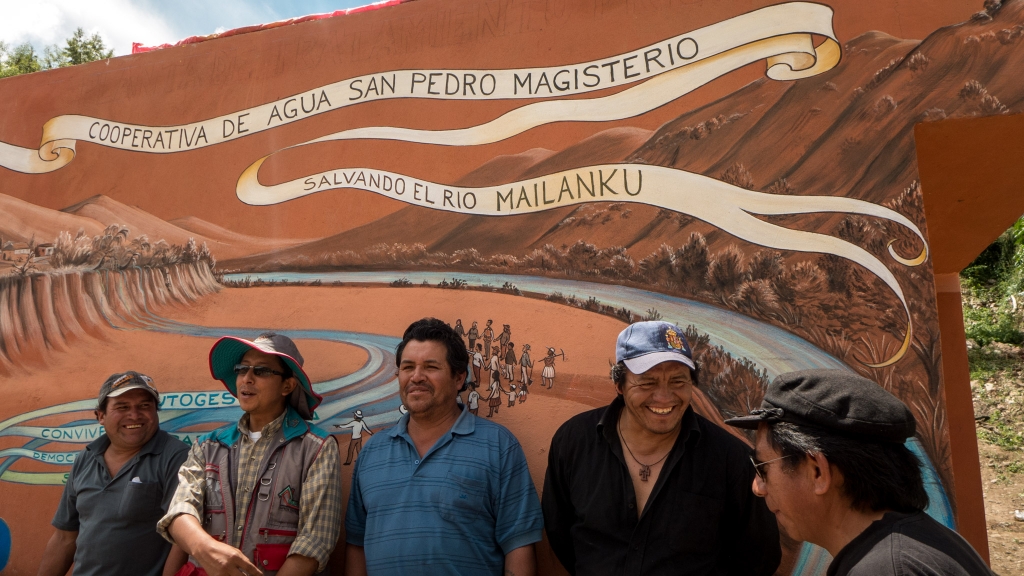 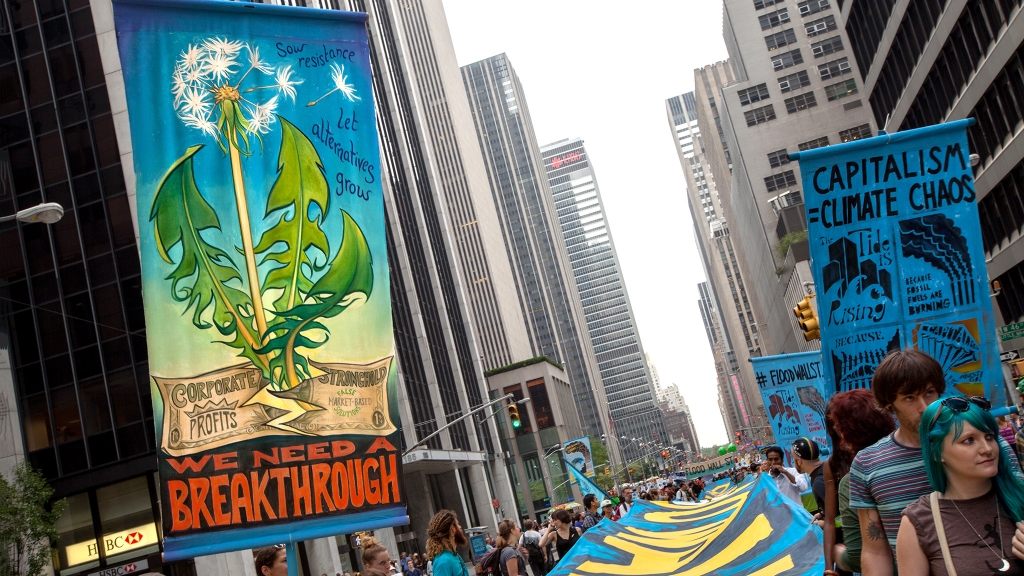 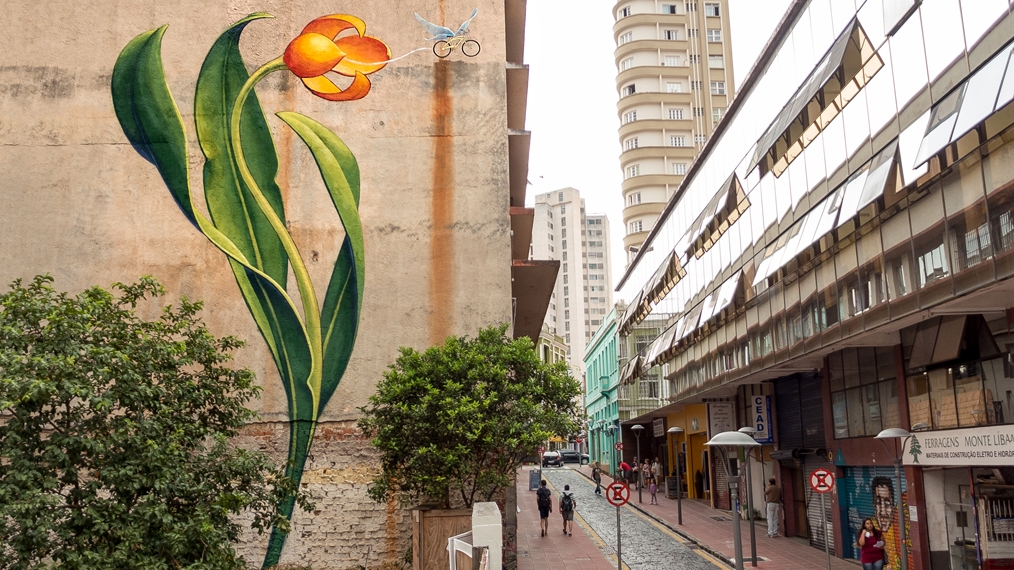 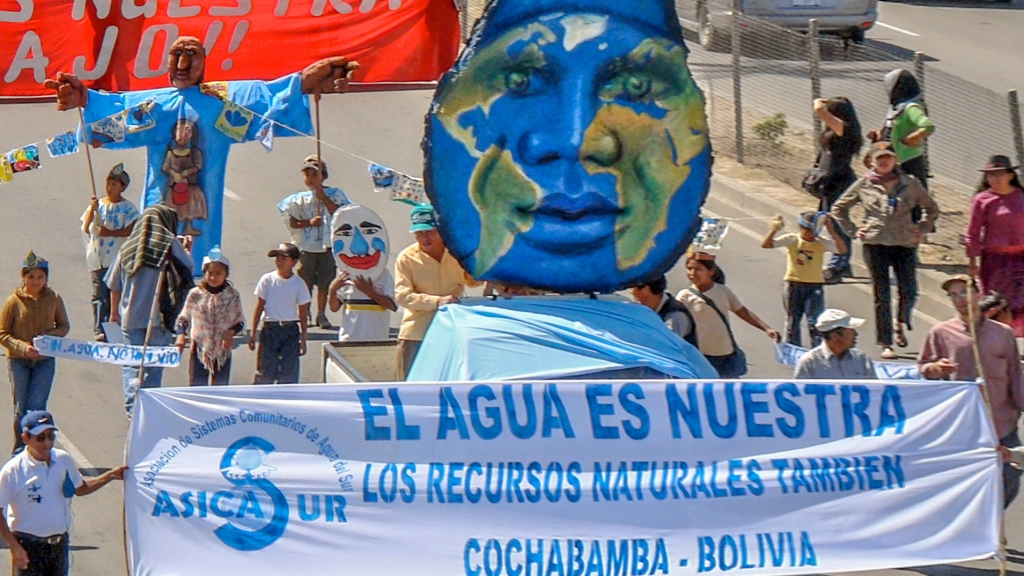 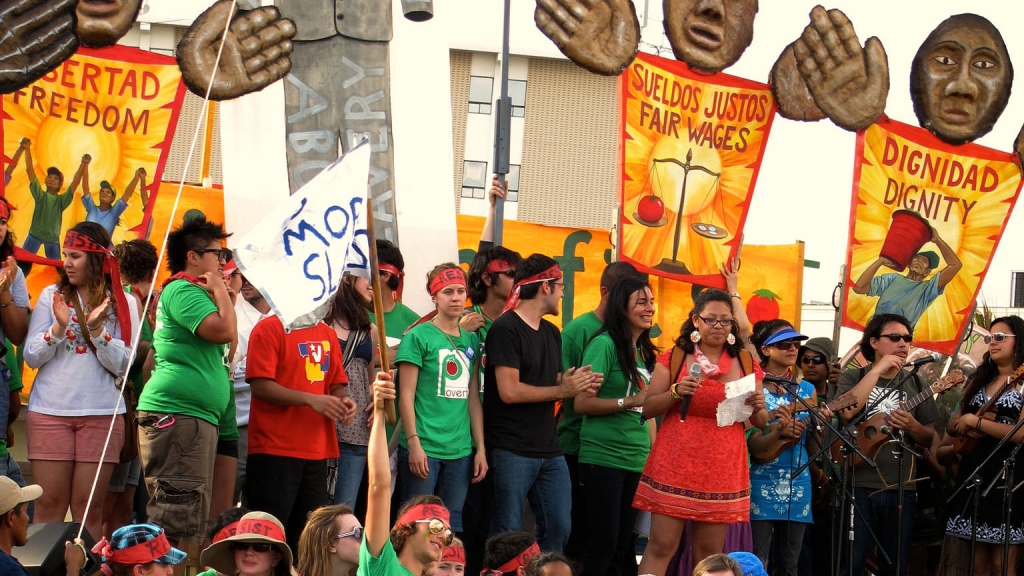 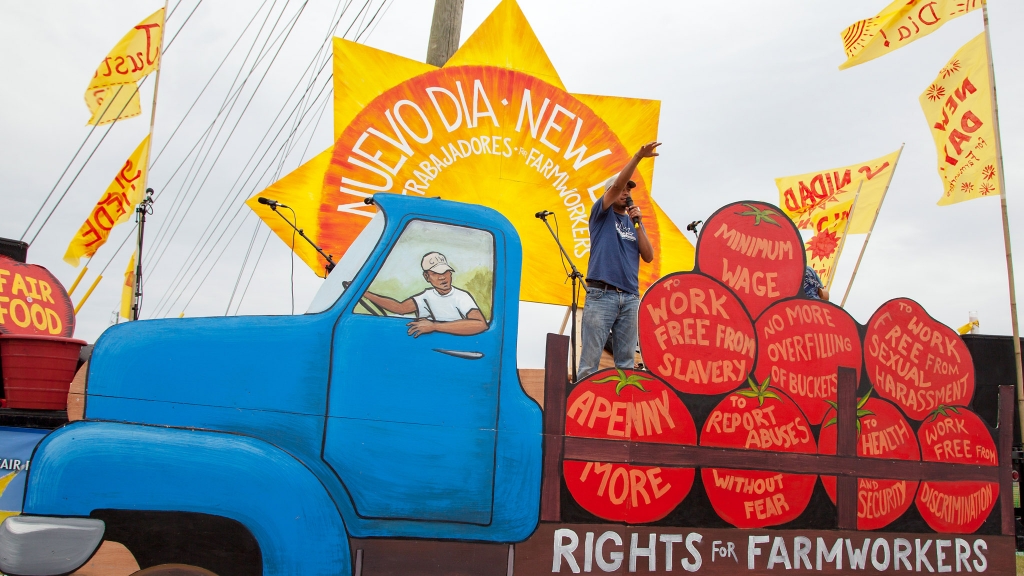 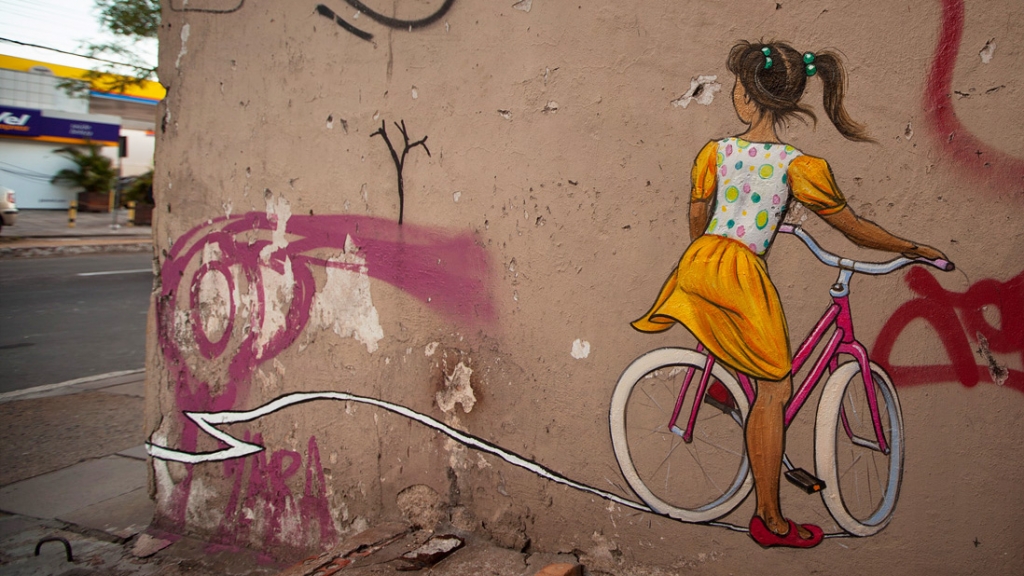 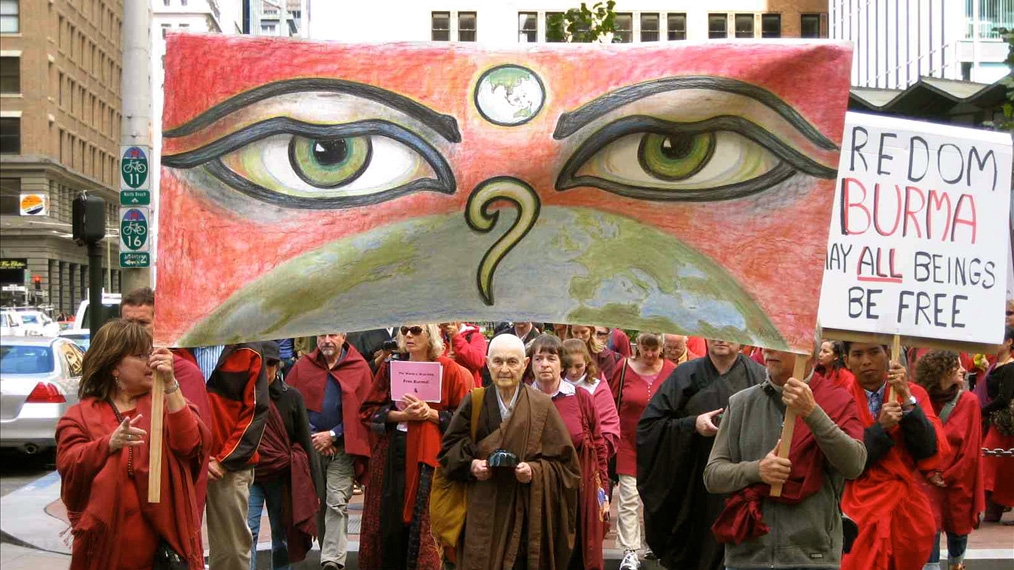 This section contains my documentation of some of the rallies and direct actions to which I was able to contribute with my artwork, as well as some street art pieces I created specifically in support of an issue.

In most of the examples that involve art for mass street actions, I worked in team with my longtime friend and comrade-in-art, the organizer, artivist and puppetista David Solnit, thanks to his instigation and collaboration. I join him in making, and in facilitating the collaborative creation of, portable images that are used to amplify the visual impact of rallies, while adding the experience of art making and the language of theater to the actions and struggles.

The street art pieces are more closely related to my other mural work, but are in this section if they were instigated by activist groups, or if they were made in support of a specific issue, during a moment of heightened public debate around it.

Mural in Quito representing the commons protected by indigenous women leading their territories' defense from mining and drilling projects, and from laws threatening food sovereignty and ancestral culture. The women represented actively participated… 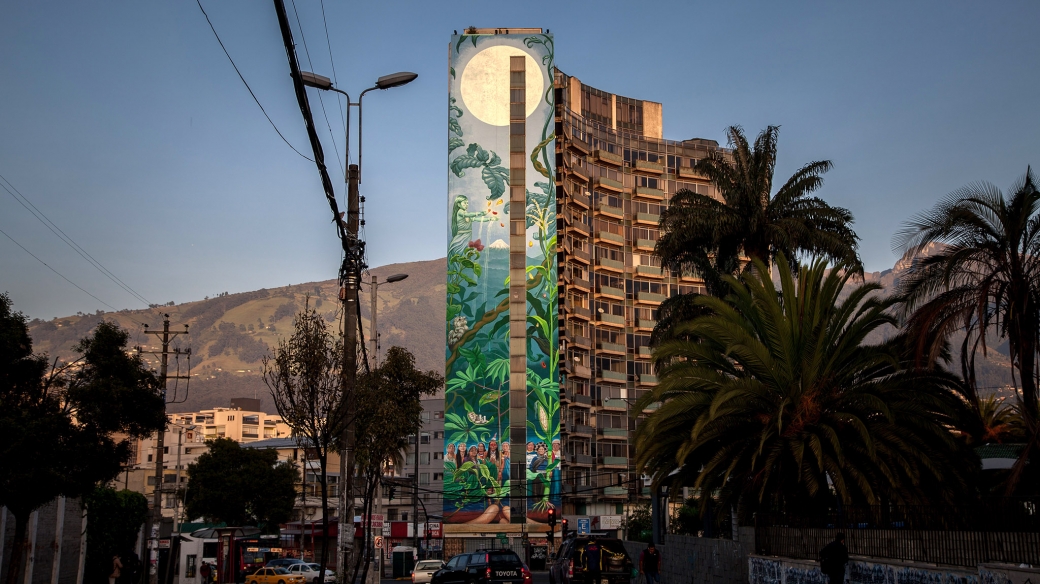 180 feet long mural, painted by invitation of the Cochabamba Federation of Factory Workers and the association of local water cooperatives, on the occasion of the 10th anniversary of the uprising against water privatization in Bolivia. 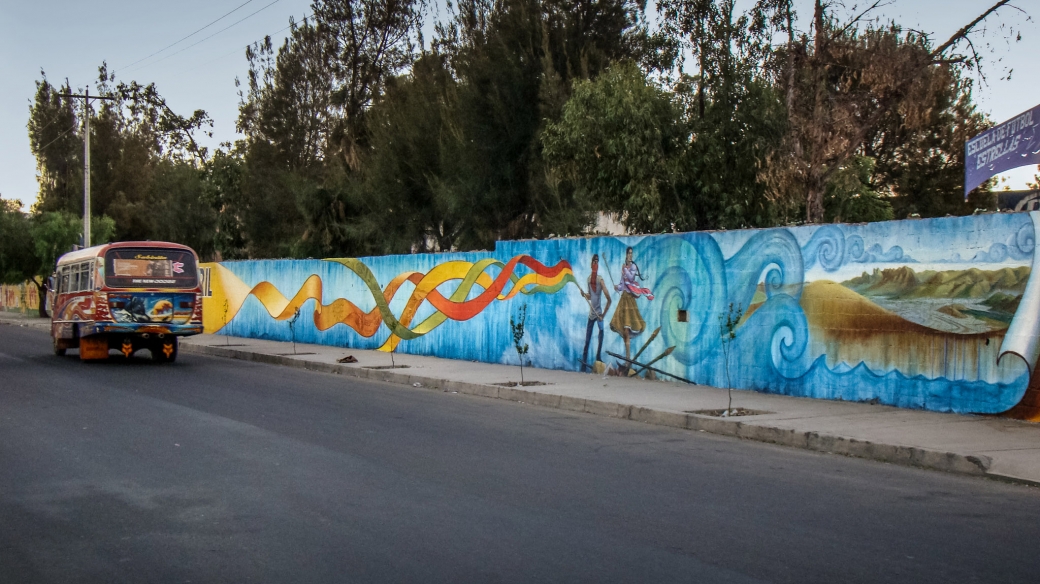 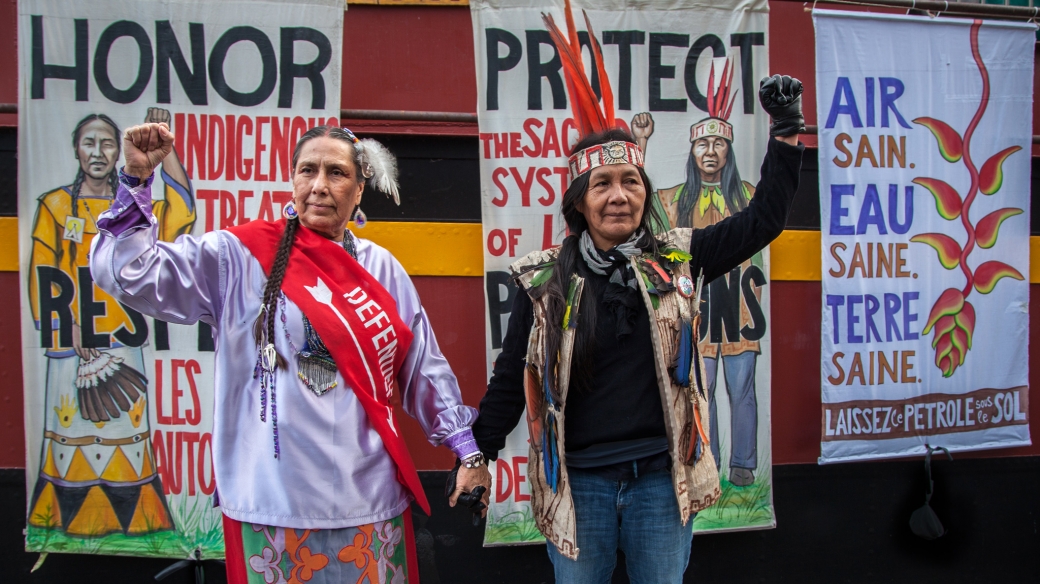 Saving the river Mailanku: a mural on a water treatment plant autonomously built by a community near Cochabamba, Bolivia, coinciding with the 15th anniversary of the Water War uprising. 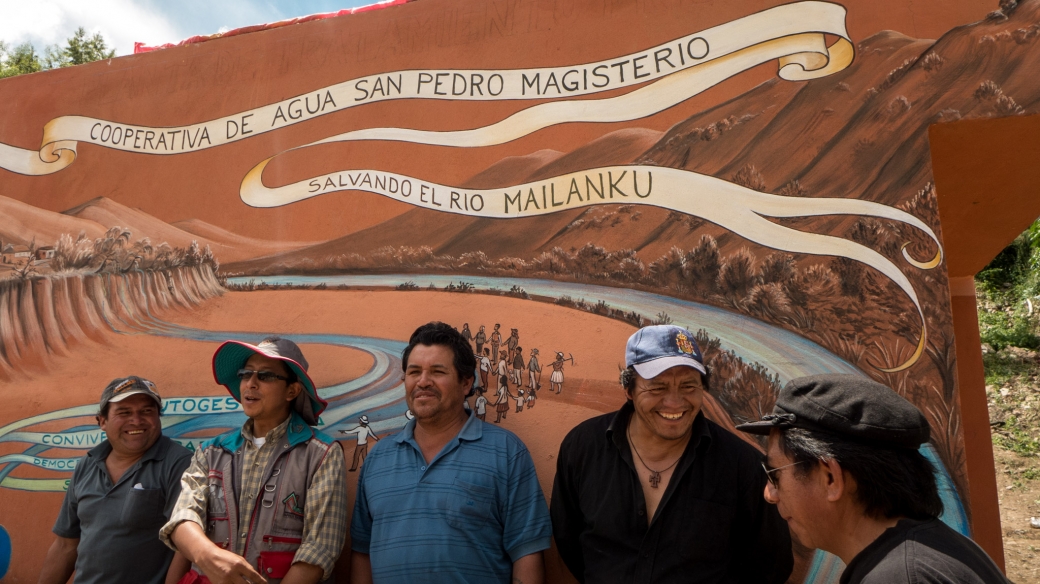 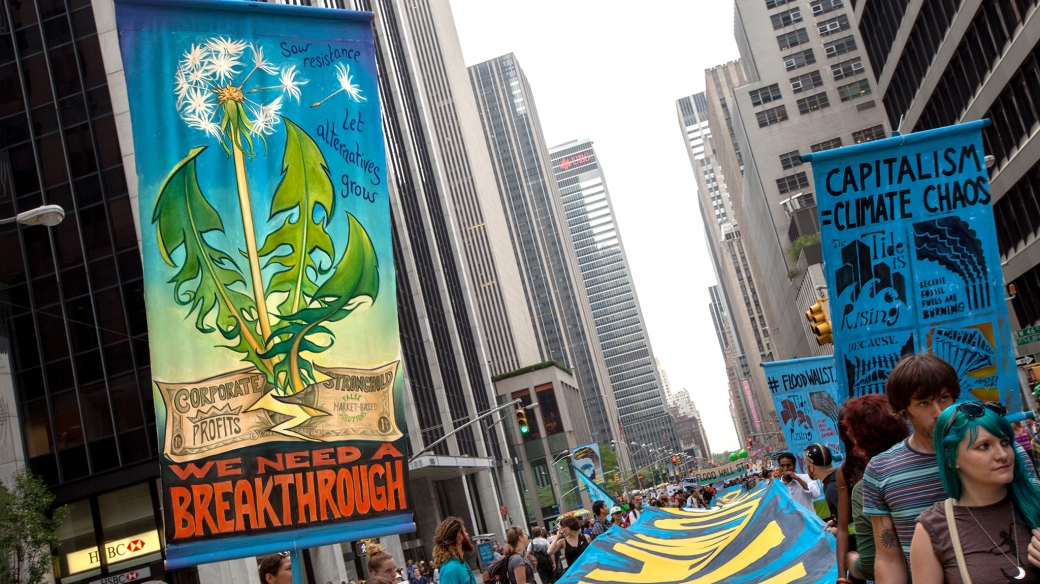 A mural created for the 2014 World Bicycle Forum in Curitiba, Brazil, celebrating the blossoming of the city through its embrace of lighter-treading means of every-day transportation. 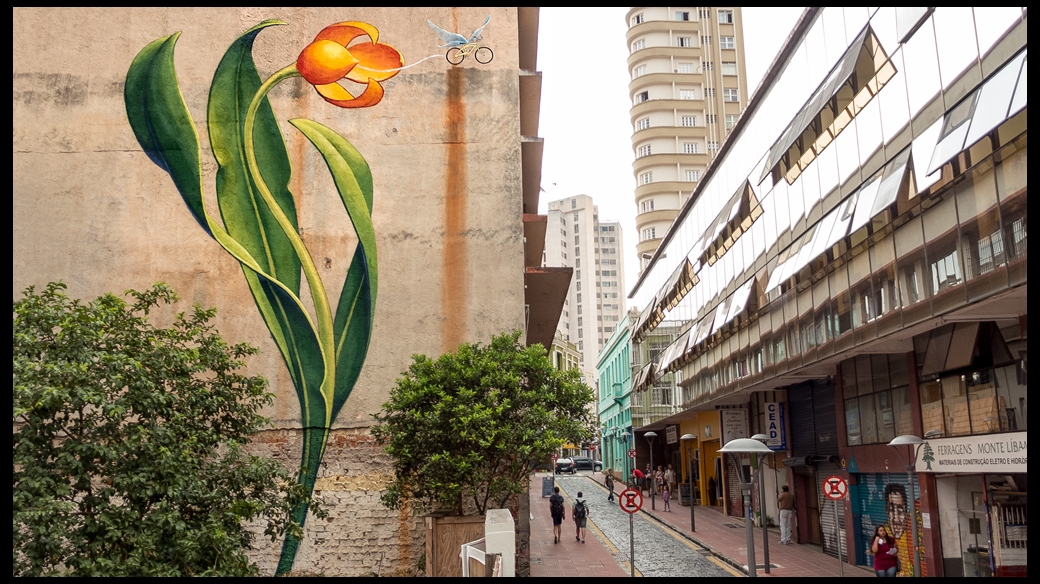 10th Anniversary of the Water War in Cochabamba, Bolivia

By invitation of The Federation of Factory Workers of Cochabamba, Bolivia, and the association of the local community water systems AsicaSur, David Solnit and Mona Caron spent 6 weeks creating visuals with local communities for the massive events… 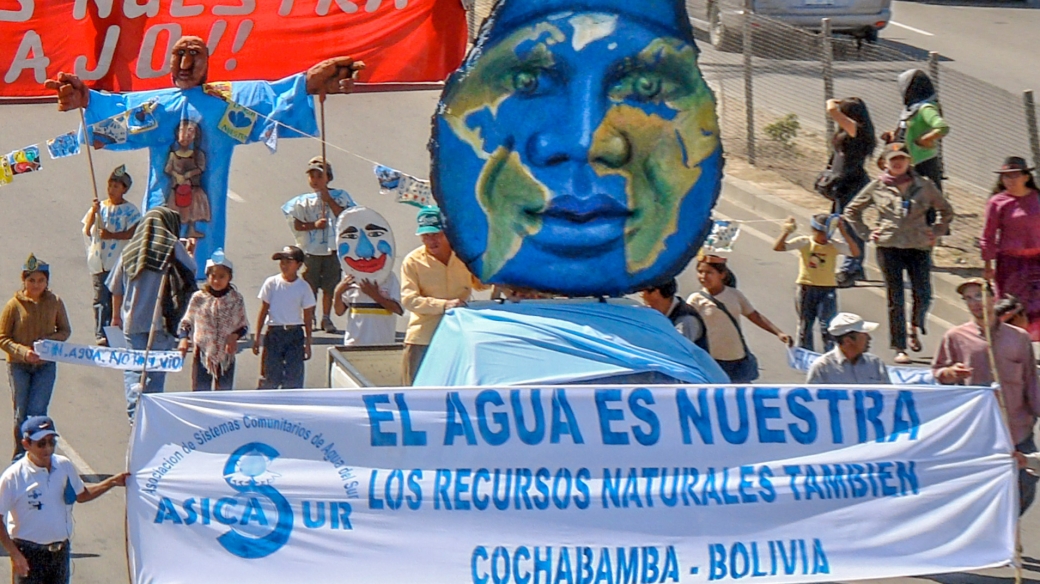 Artwork for the final rally of the Coalition of Immokalee Workers "Do The Right Thing Tour", including a series of portable cantastorie murals displayed by farmworkers while testifying about abuses occurring in the fields. 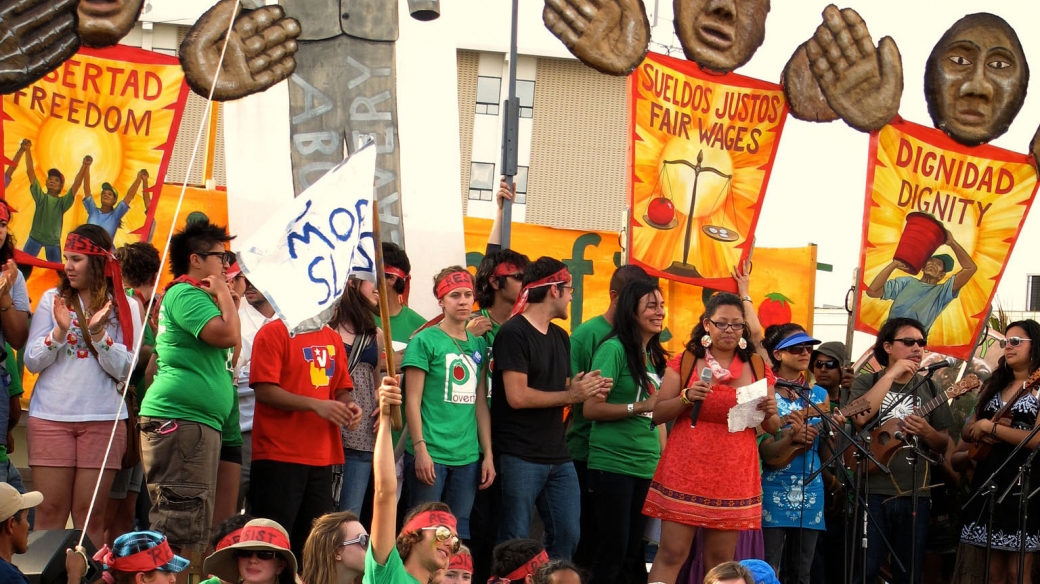 With the Coalition of Immokalee Workers - Sets for a mística theater at the March for Rights, Respect and Fair Food

Joining Florida's farmworkers' 200-mile March for Rights, Respect and Fair Food across Florida in 2013, creating visuals with David Solnit and others for the rally at the arrival point. 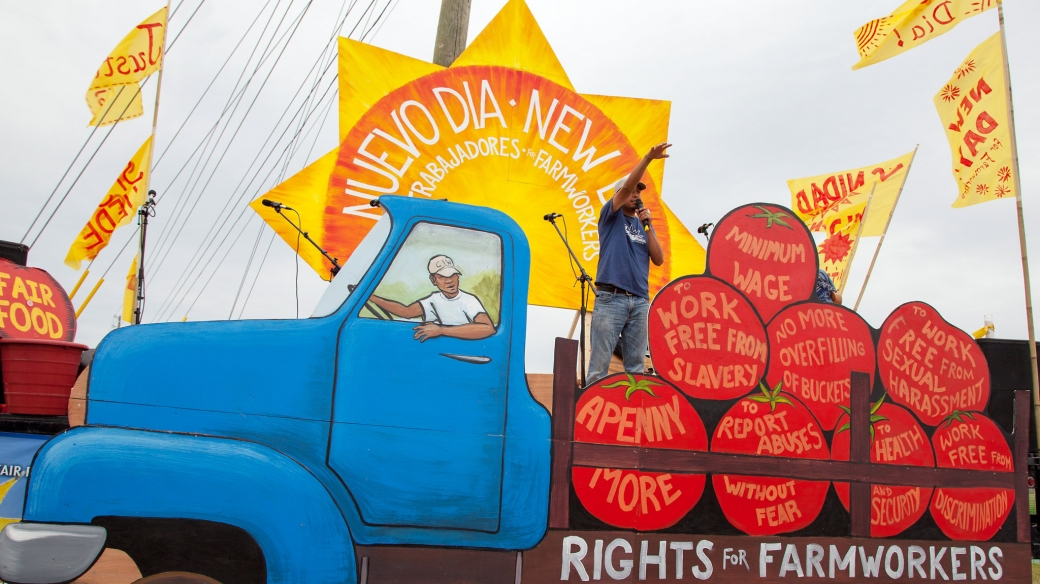 Cracking the pavement, spreading the seeds of a simple solution to much of what ails our urban centers... A corner-wrapping piece in Porto Alegre, Brazil, for the second World Bicycle Forum. 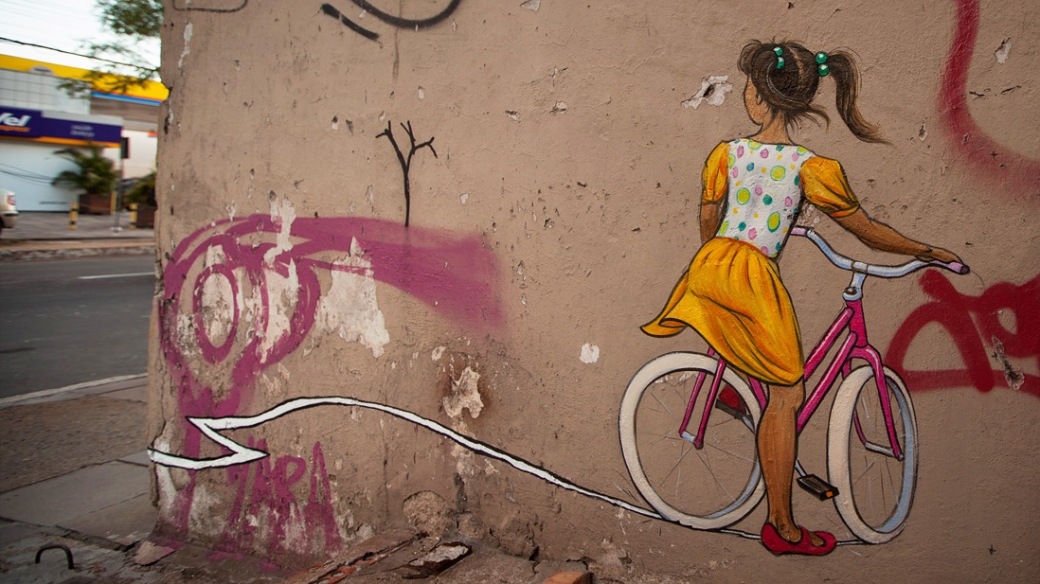 The World is Watching

A drawing created at a protest to stop the violent repression of the september 07 uprising in Burma, and adopted by San Francisco's Zen center members for subsequent protests. 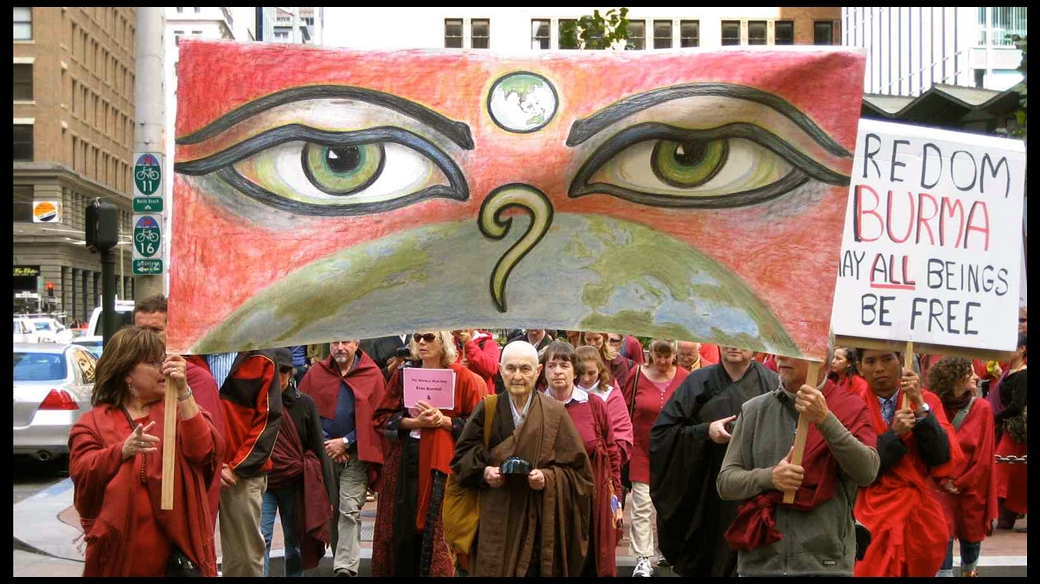