When you look at this utility box from a specific position, its perspective lines will match those of its surroundings, and the painting becomes a portal into a positive alternative reality.

Behind the box lies the intersection of Duboce Avenue and Church Street in San Francisco, and through this mural, you see the same place transformed for the better.

The real-life view is that of a big-box Supermarket, which has my own Duboce Bikeway Mural on its rear wall. 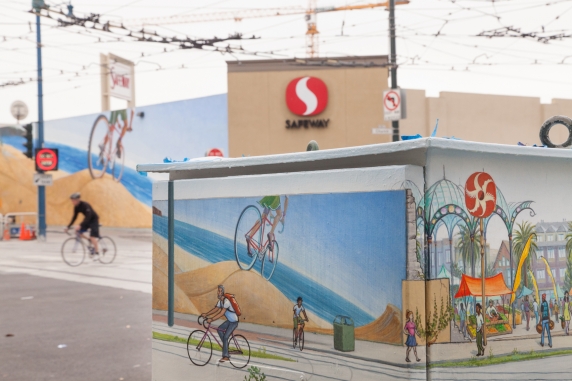 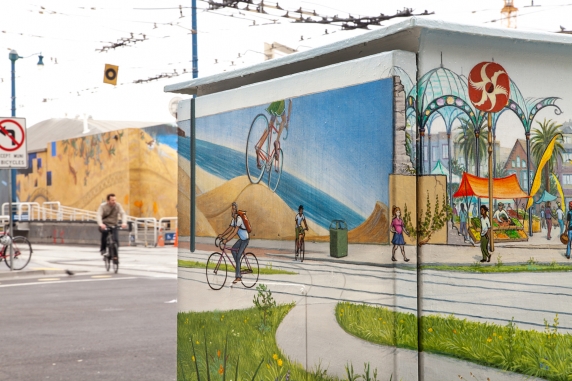 In the painting,  the supermarket is replaced with an open air local farmers' market, but its rear wall with the mural is preserved, albeit slightly changed.  This is a vision taken from Chris Carlsson's utopian novel "After the Deluge" - so this painting pays homage to his homage to my mural.

Less than a year after I painted Manifestation Station, it was removed by the San Francisco Municipal Transportation Agency (the same entity who commissioned the work) , because the electric circuitry inside it broke and the whole box was replaced with a new one.

The original box was subsequently rescued from scrap by local fans, and has found a new home in a place that is now out of context visually, but in a good context philosophically: the urban farm collective called The Alemany Farm. It is being used there as a tool shed. 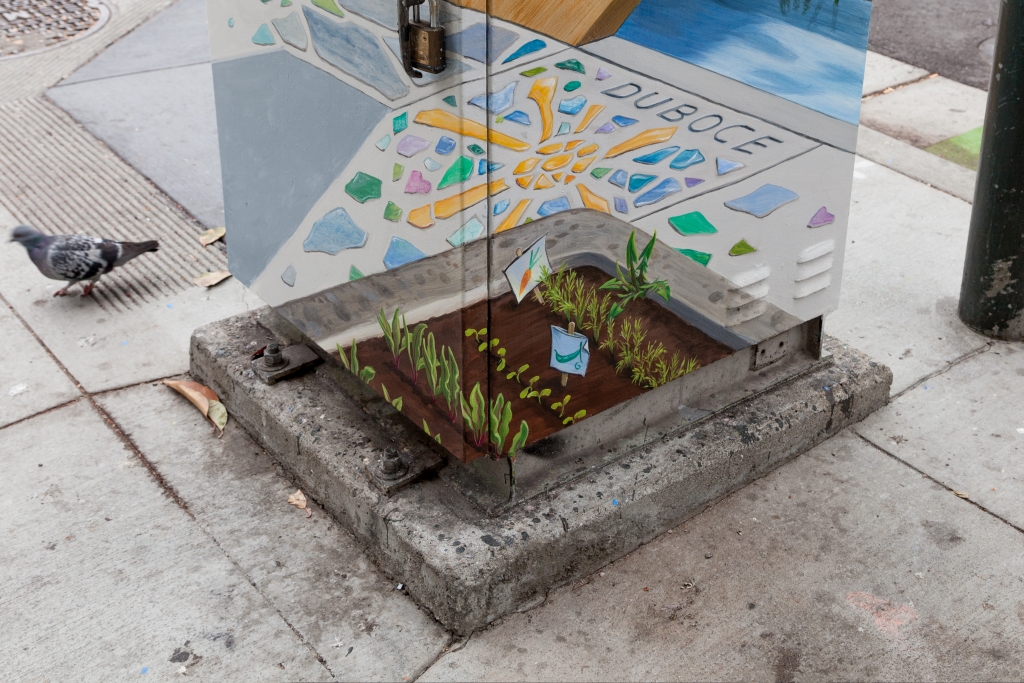 This box has been removed and is now in pastoral retirement at Alemany Farm, in SF.