Windows Into the Tenderloin - The Street

In this first panel of the mural, a fading gateway opens onto a bird's eye view of the mural's own location, looking North from an imagined viewpoint above Market and Jones Streets, one of the entry points to San Francisco's Tenderloin district. It is the very cityscape you walk through when approaching the mural.

In the middle, you see the mural itself painted into the picture, functioning like a "you are here" dot on a map.

The street scene describes your environment as you look at the mural. Or rather, it is a record of the area surrounding the mural as it was in 2009 - 2010, when it was being painted. The area has undergone radical development since.

Looking up Jones Street from Market Street, mural in the distance

pop-up slideshow: The street context, repeated in the mural 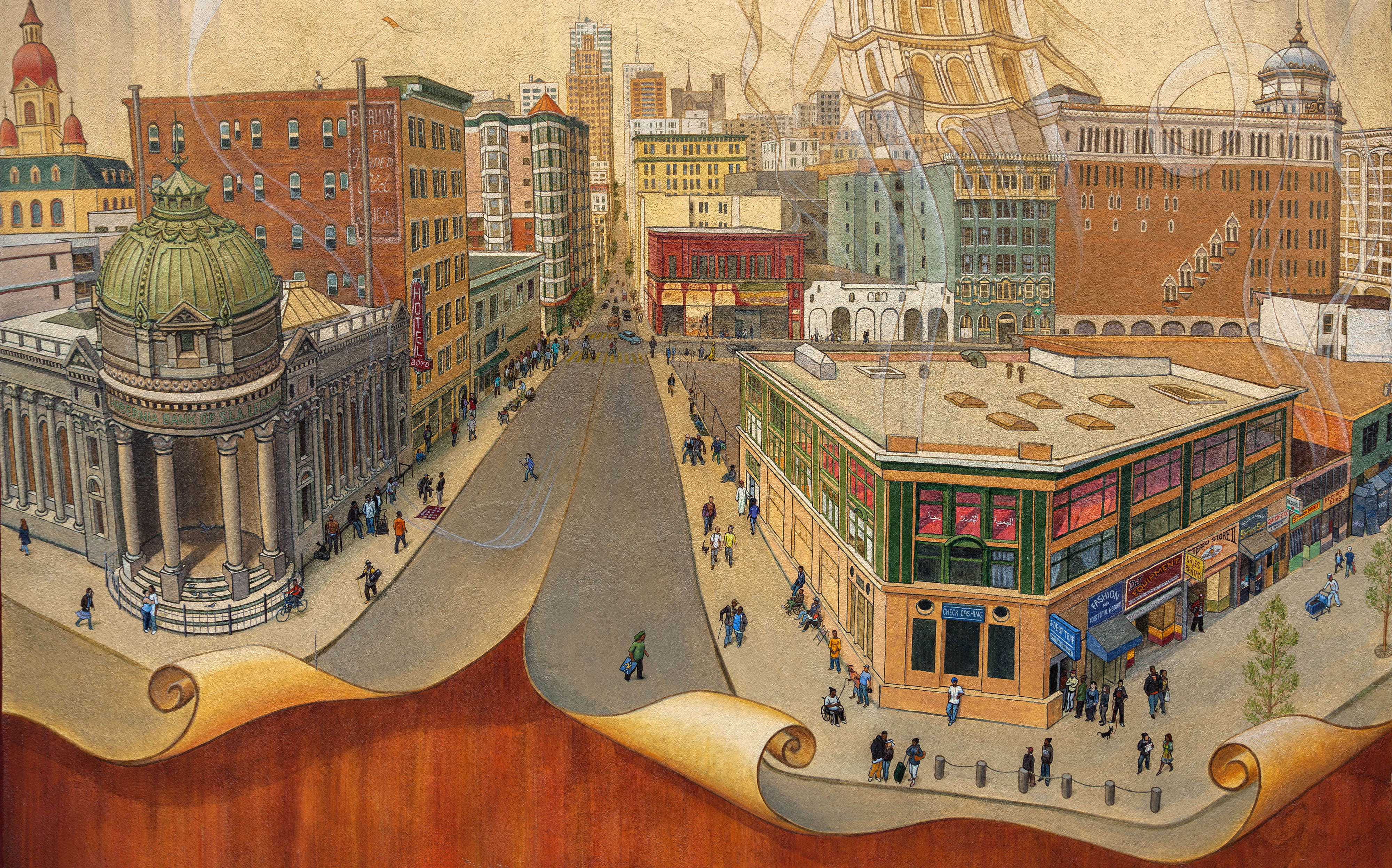 All the mural's panels describe, at eye level, the cityscape surrounding the mural. But they also chronicle the social life there: almost every little figure within the painting is based on a real person frequenting that street corner. 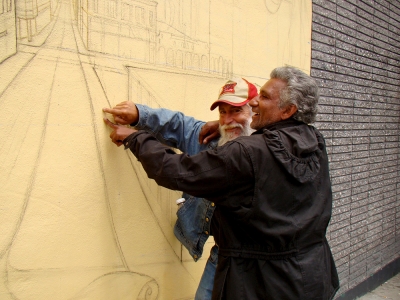 As soon as the cityscape I was sketching became recognizable, people started asking to be depicted within it. I obliged, and ended up painting nearly 300 mini-portraits of local residents in to the mural, ~90 of them in this first panel.

People picked the spot where they wanted to be portrayed, sometimes specifying how and with whom, and so the painted cityscape slowly and spontaneously became populated with the local community.

I had to take reference photos to do this, so my "photo booth" setup became a gregarious scene here, as people posed for their portraits. Some people prepared for their shoot by bringing a prop, their pet, or favorite clothes; others just posed as they were.

This way, the social geography of the area was described organically, through the indications of the portrayed people themselves.

This constant interaction with the surrounding community slowed the mural painting to a crawl. But as a result, the mural fill with increasingly intimate portrayals of local people and stories, over the course of  over a whole year. 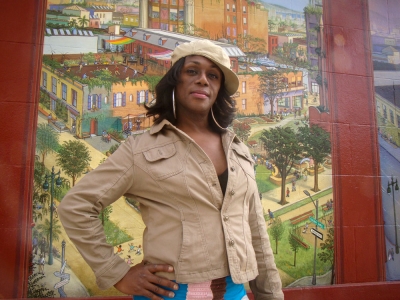 The people I portrayed would often return to the mural with a posse of friends or family members. Sometimes multiple such groups would show up at the same time, and so people from very different backgrounds would end up talking to each other.

This interactive mural process turned the wall into a community mixer. The mural gave people an opportunity to break the ice and converse with people outside their own circles, which was the ultimate goal of the artwork, and for me the essence of this type of artwork's social praxis. 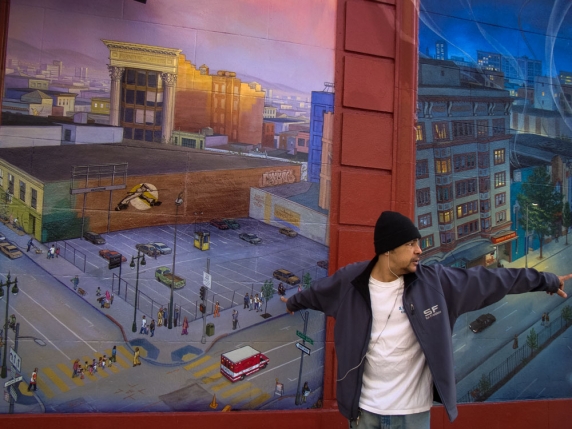 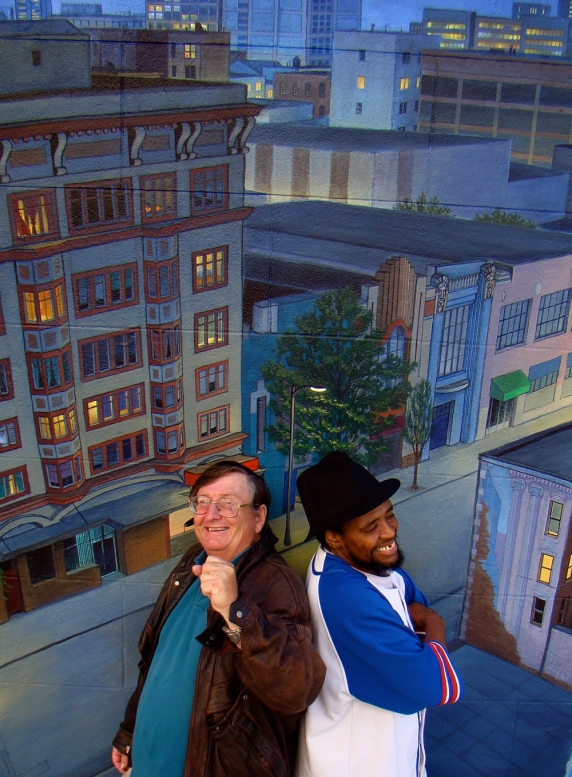 Below, a video of some moments during the mural unveiling, with people pointing themselves out at the mural: