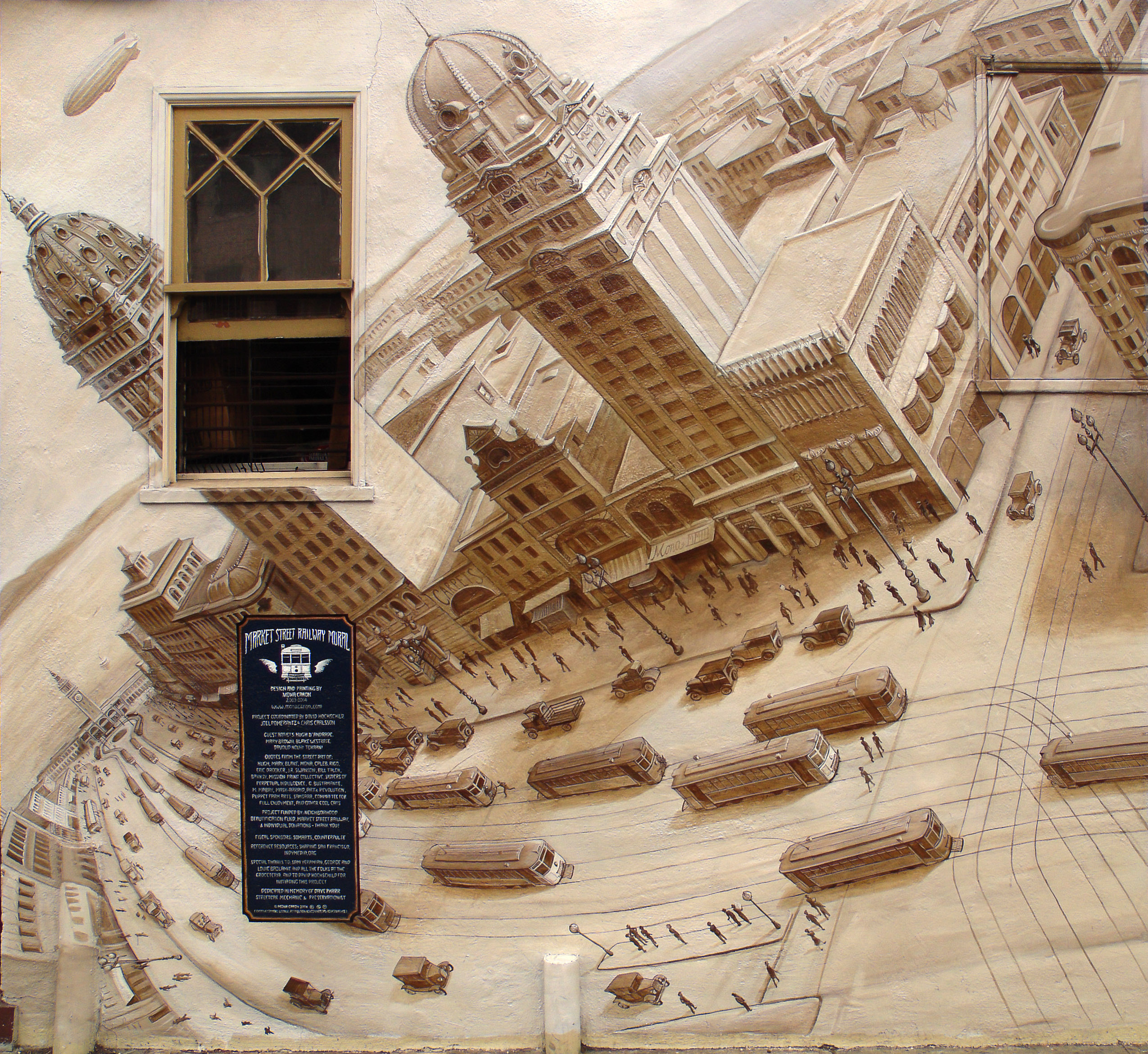 (Market St. Railway mural) SECTION 1: The Roar of The Four 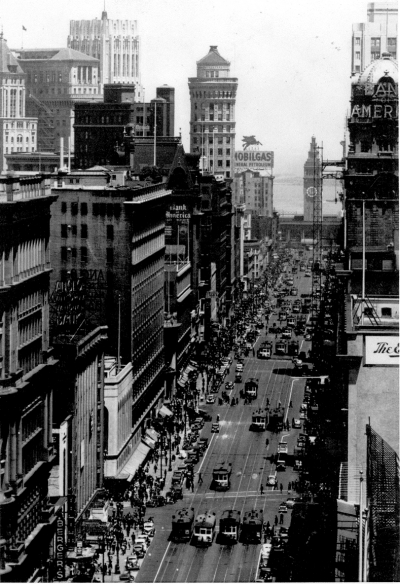 The Roar of the Four - image courtesy FoundSF

This first, sepia-toned section of the mural depicts Market Street in the mid 1920's. This was the transit period nicknamed “The Roar Of The Four,”  which refers to the constant thunder of the four sets of train tracks on Market Street, which used to carry a nearly continuous stream of streetcars. One never had to wait for public transit in those days!

As remote as this period may feel, it was a still vivid memory for the owner of the building at 300 Church Street, where the mural is painted. Sam Yeramian, 91 years old and still helping out at the corner store “Groceteria” next to the mural at the time of my painting, told me of his memories of the twenties and thirties, when Market Street used to look like this.

I included a detail in the painting which was inspired by Sam’s stories of how, when he was a lad, he would run to catch up with the moving streetcars and jump onto their “cow catchers” (retractable bumpers), where he could ride for less than the full fare nickel, and sometimes for free.
The mural's credit panel, located in this first section, dedicates this mural in memory of another remarkable senior: Dave Pharr, an old-school streetcar mechanic and preservationist with the Market Street Railway and friend of our nearby Duboce Bikeway mural project, who had just passed away when I started designing this mural. Dave is one of the reasons some of these old streetcars are still running on the F-line.

This section of the mural features some old architecture which still exist today, even though it is, in part, hidden:

The tall building on the right is the still existing Humboldt Bank building at 785 Market Street, which was once a prominent landmark and is now dwarfed by surrounding skyscrapers.

The tallest building on the left used to be the San Francisco Call newspaper headquarters, built in 1895, later known as the Spreckels Building. You may not have seen it on Market Street, but a truncated version of it still exists, stripped of its ornate dome. Below is the story... 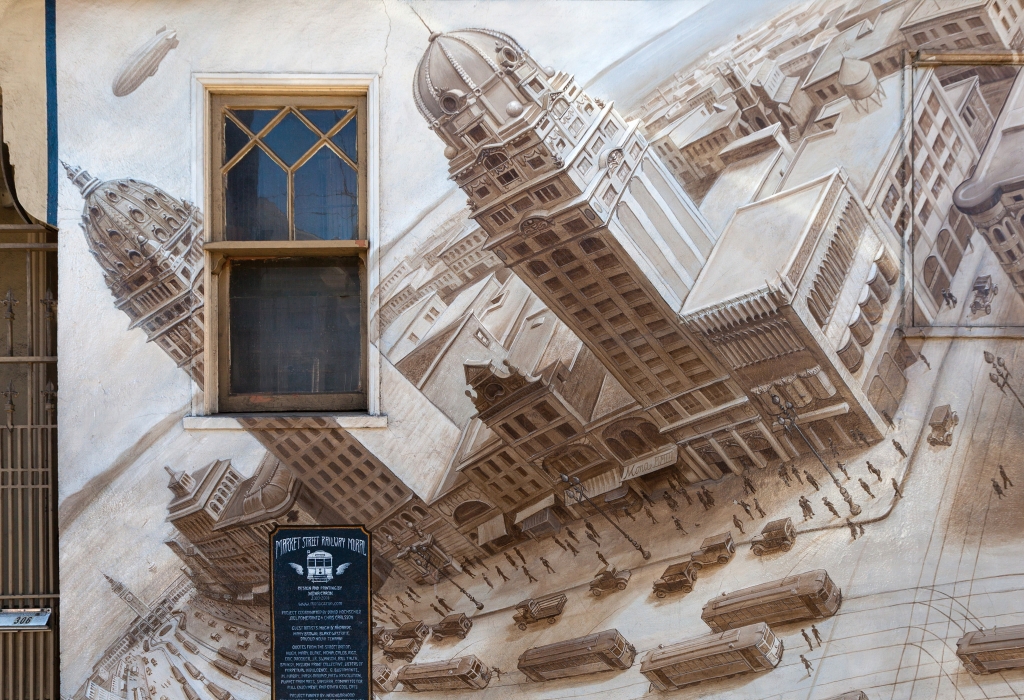 The spectacular dome of the Call Building withstood the 1906 earthquake, but it subsequently burned in the great fire. But this was not its demise: the dome was fully restored! - What caused the loss of this striking landmark was not the earthquake, nor the fire, but modernist fashion: it was dismantled in 1938 and replaced with a more fashionable square top. As such, it still exists to this day, unrecognizable, at 703 Market at third.