This section shows another view contemporary to the making of this mural, listing another use that the street as a public space can and ought to accommodate: street protest.

In this case, the specific historical example is the mass march against the war in Iraq of February 15th, 2003.

The crowd scene in the painting contains countless true-to-life details, and in the slideshow below I have paired some of the details with their real-life counterparts to pinpoint the references.

The time in which this mural was created was one of widespread and massive protests against an impending war in Iraq, which came at the heels of (and deflected) a worldwide movement against corporate globalization. The media was (of course) belittling or withholding coverage of events such as the one pictured here, while police was displaying barely-tolerant  to aggressive behavior towards even the most widely attended marches.

Everything seemed to insinuate that this type of use of the street was somehow nefarious. This brought up some simple questions: what is a city street actually for? Is it only for utilitarian purposes of transit to and from work and shopping?

The purpose of this mural as a whole was to answer that, by displaying a wide range of uses of a city street can accommodate. The width of this range is an indicator of the health of a democracy, and the vitality of a society.

Artist and friend Hugh D'Andrade offered precious help with painting the lettering on the signs people are carrying, every one based on an actual one seen at the marches. Late friend, bike activist and geographer Mary Brown also helped with the painstaking task of coloring the hundreds of little figures.

Several local affinity groups can be identified in the painting, and many figures are mini-portraits of local activists. In the slideshow below, some of the visual references are shown. 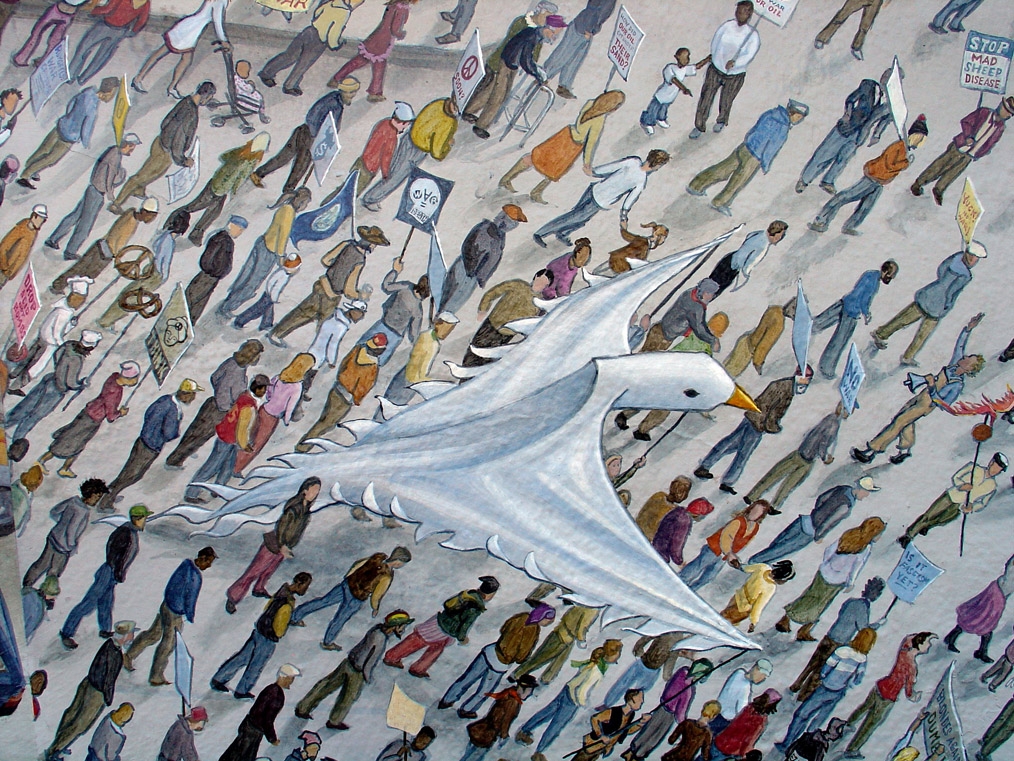 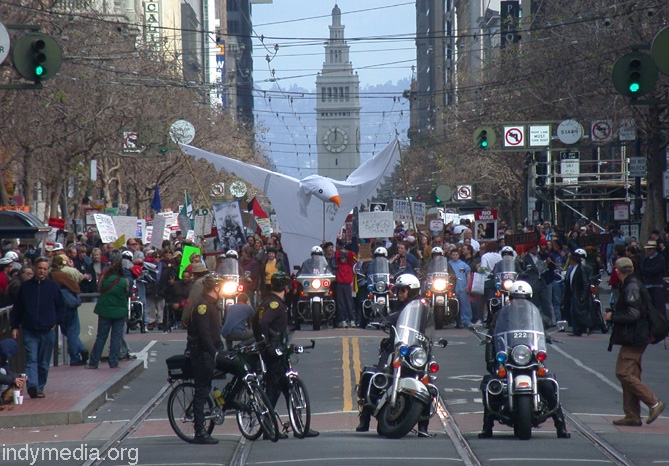 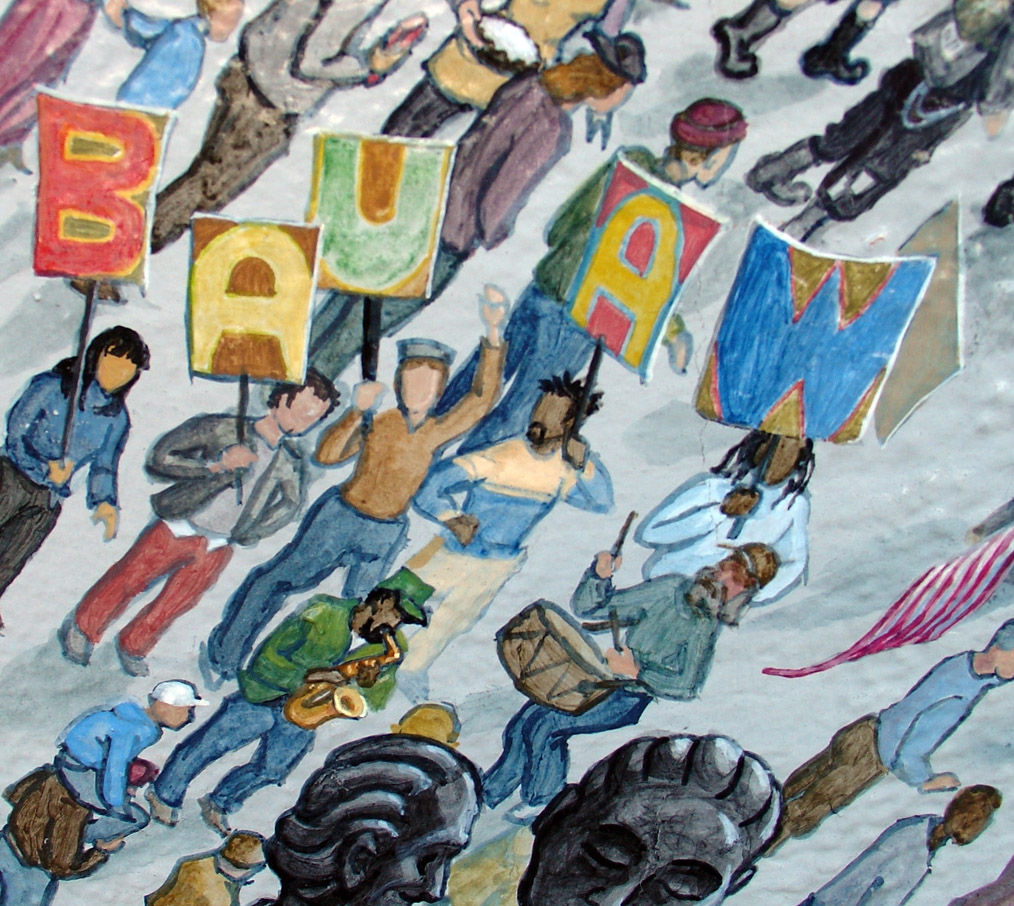 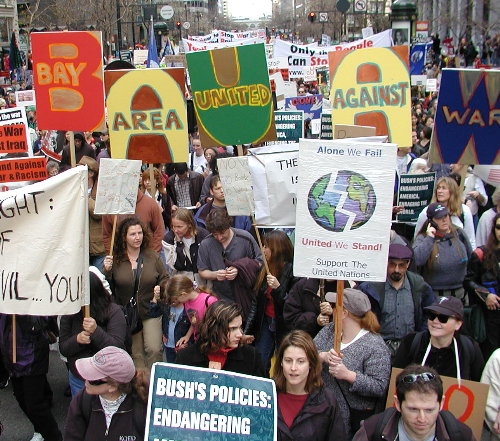 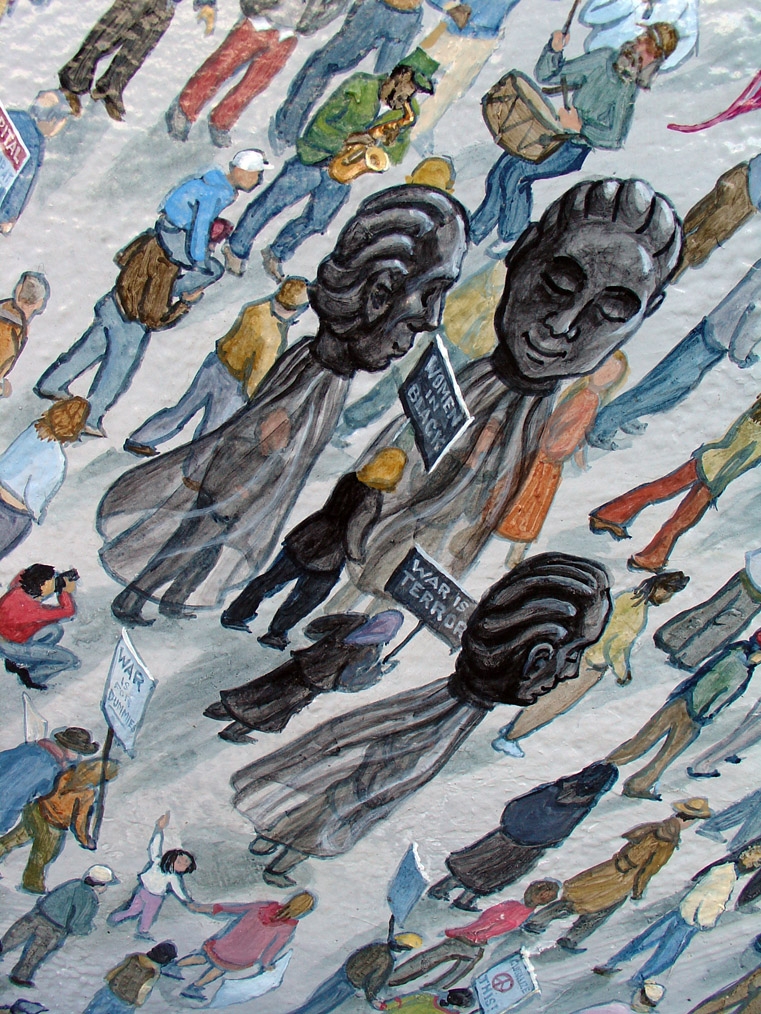 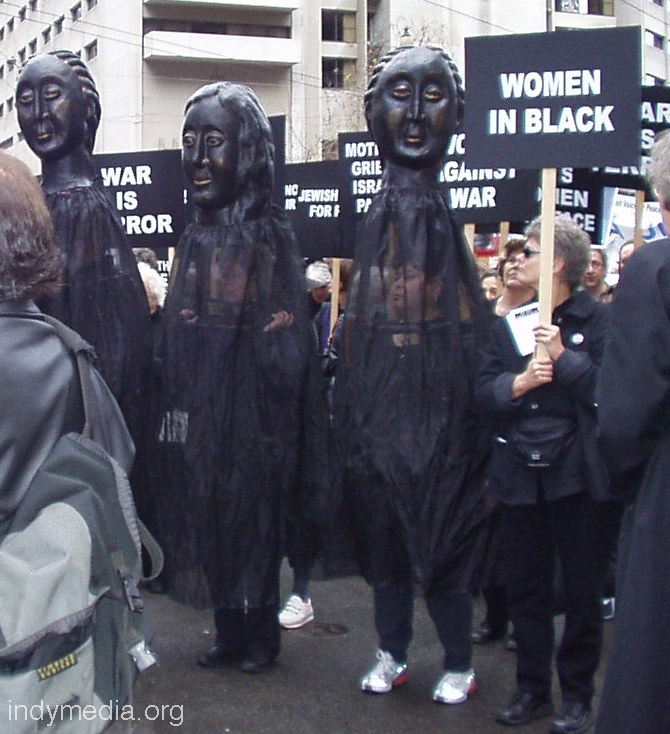 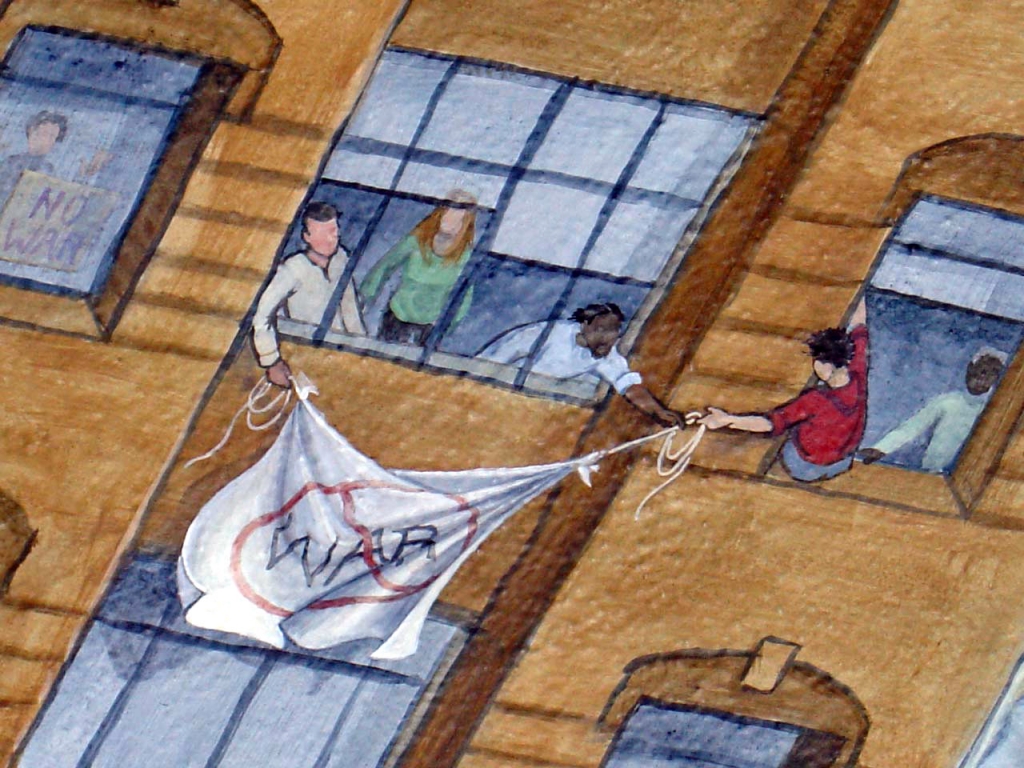 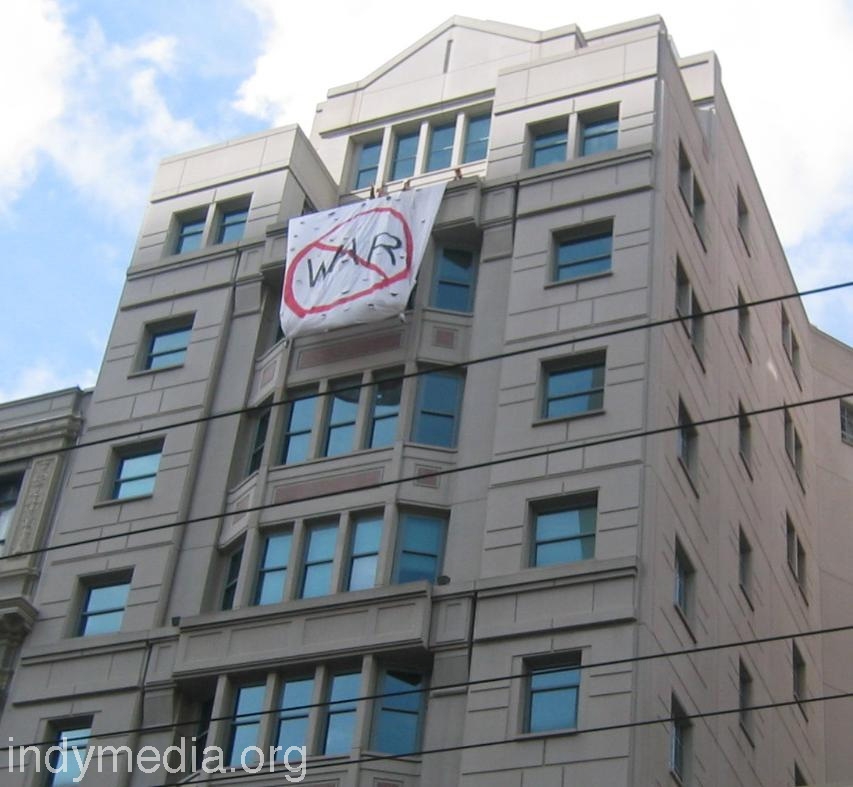 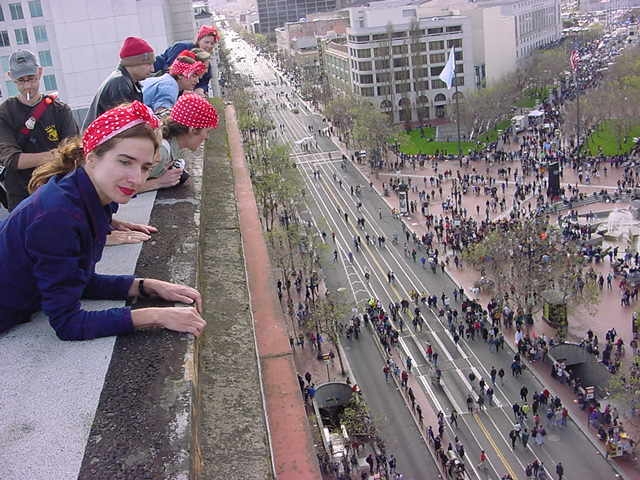 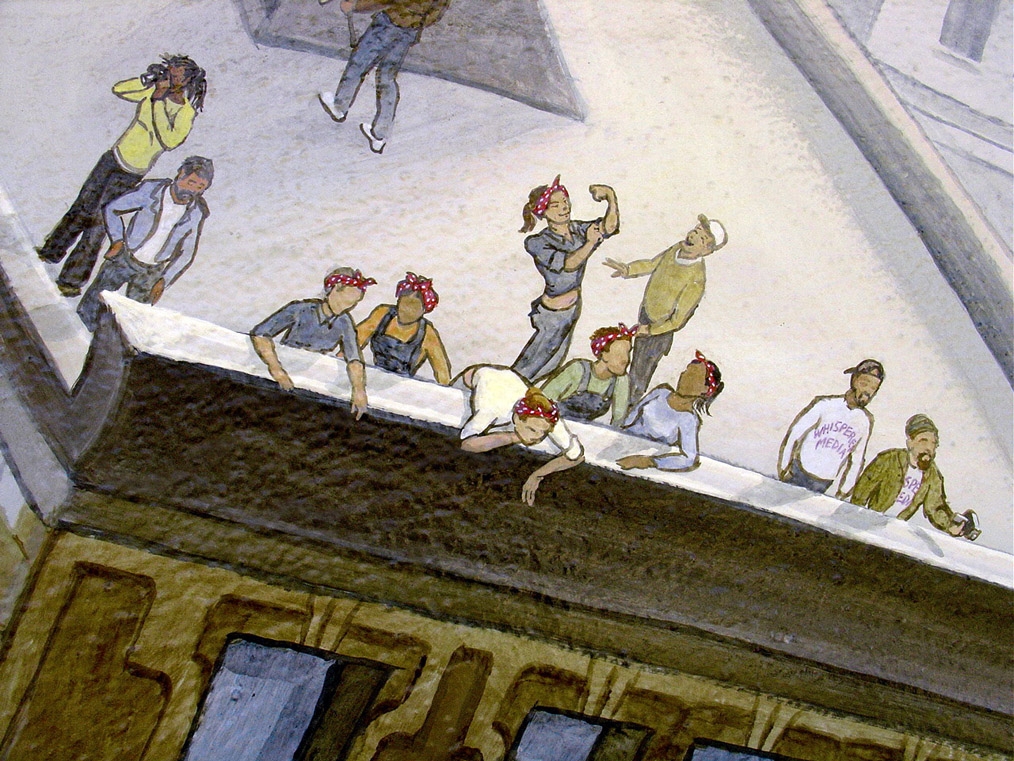 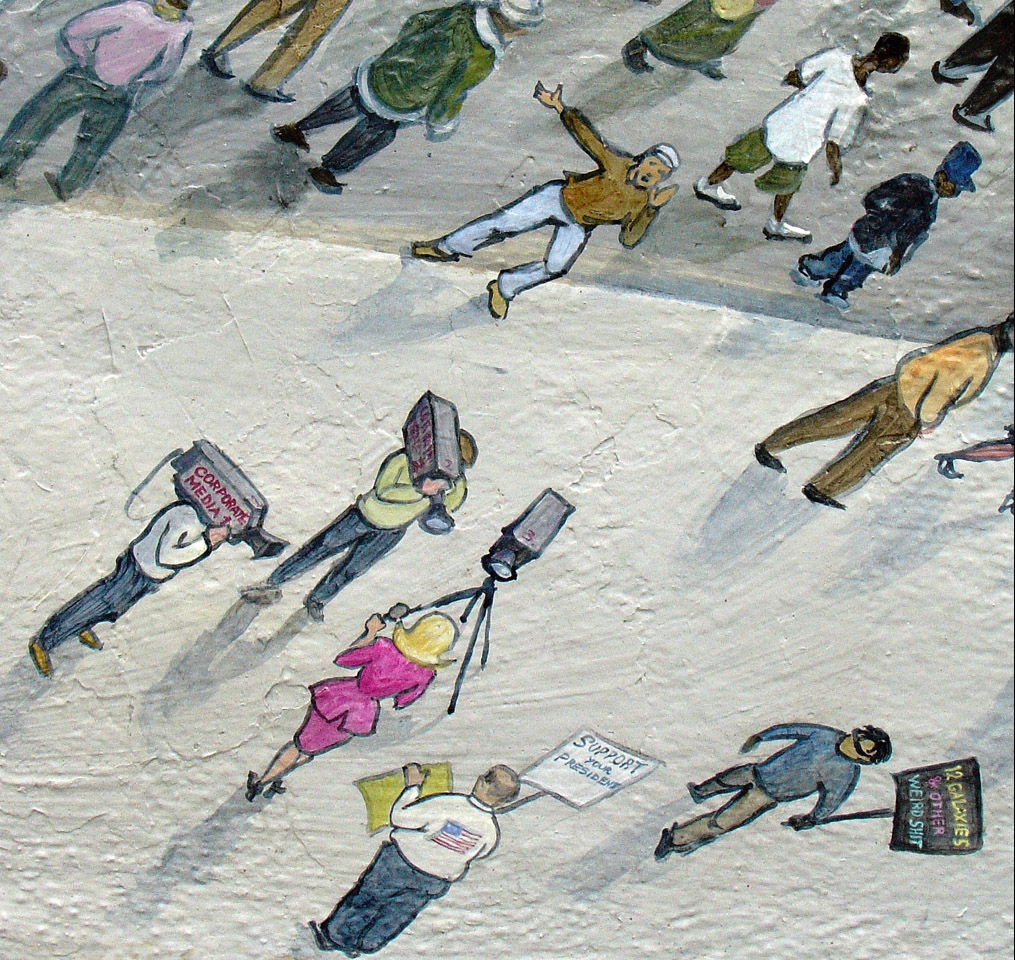 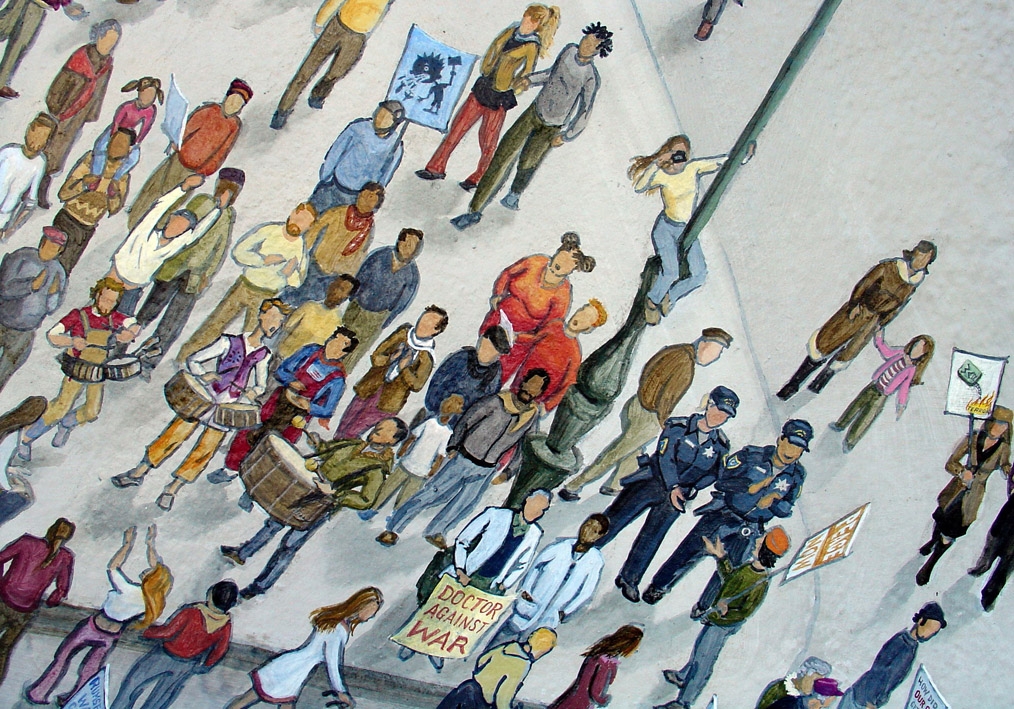 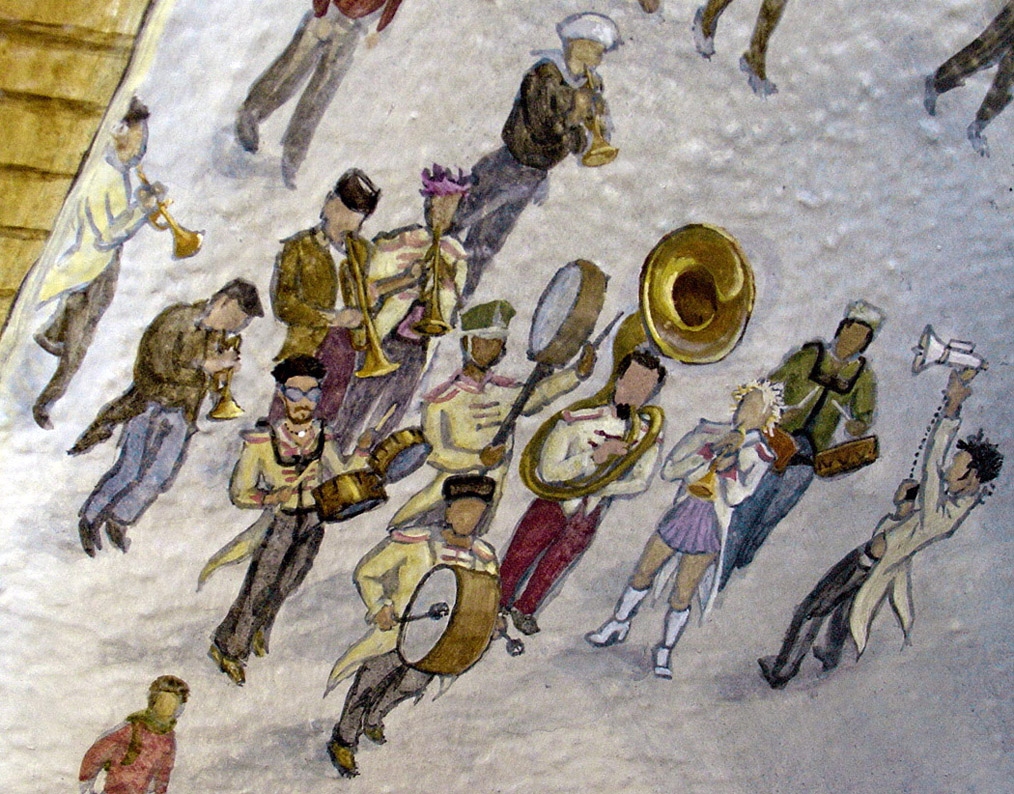 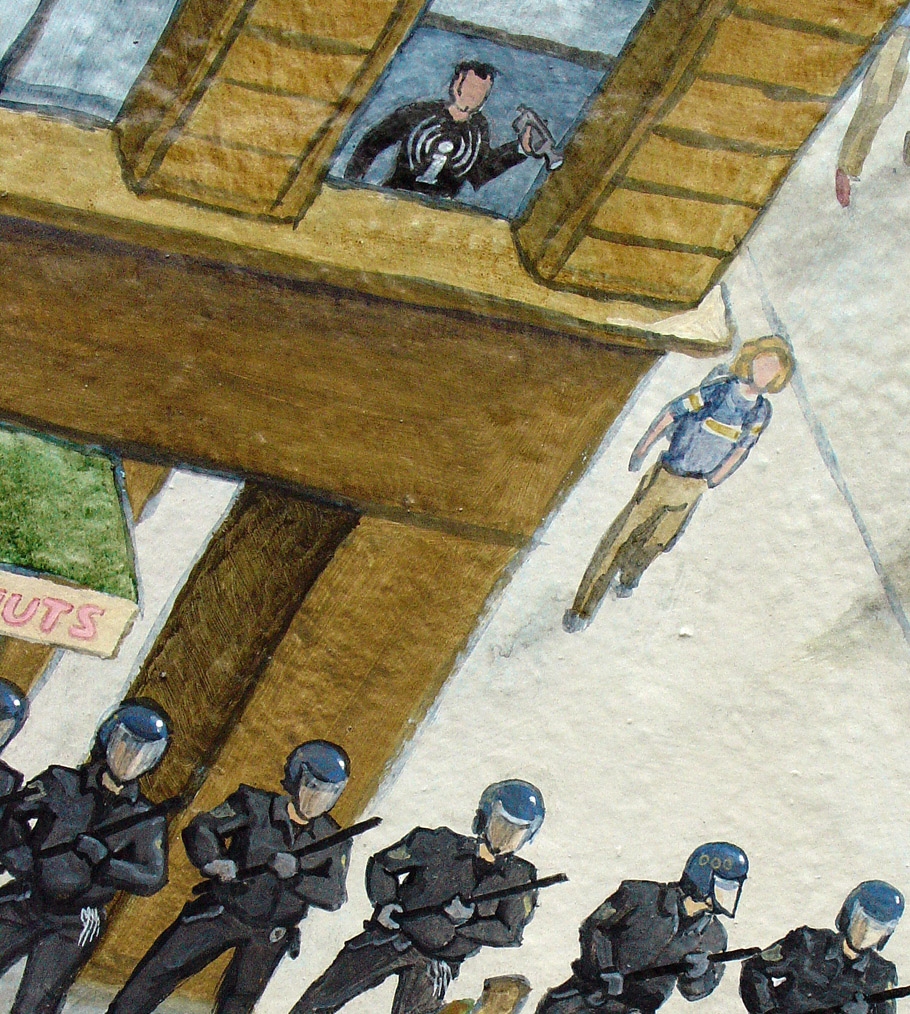