Written by Rebecca Solnit, illustrated by Mona Caron, and published by Heyday Books in Berkeley, this is a literary arts project of the Creative Work Fund,  created in collaboration with the East Bay Zoological Society and the Oakland Zoo. 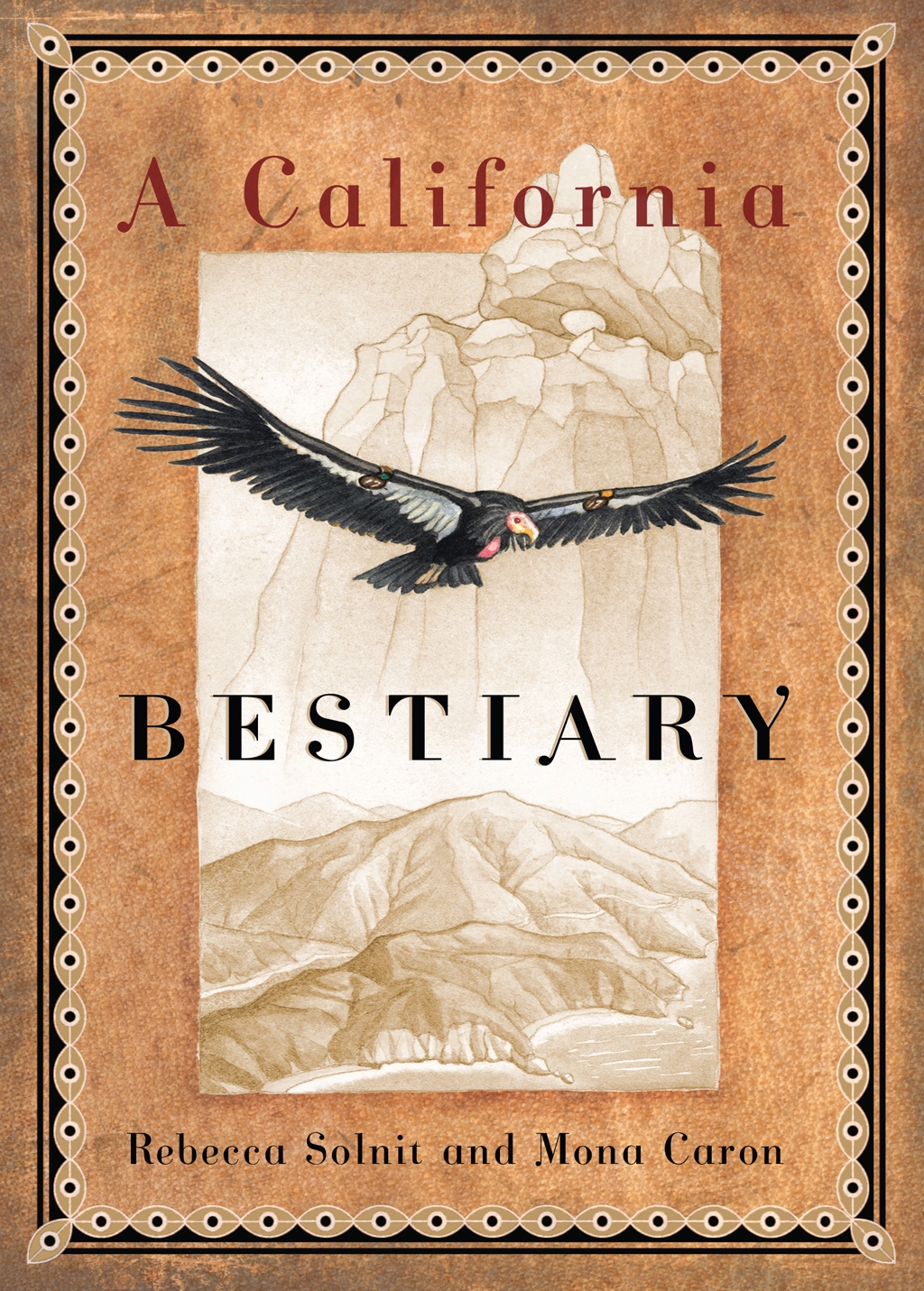 "Inspired by medieval bestiaries, in which the presentation of animals favored the fancyful over the factual, Rebecca Solnit and Mona Caron have partnered to create their own book of magical beasts - one in which the truth is stranger than fiction.

Deeply aware of how much animal lore feeds the language of human imagination, Solnit uses her unique literary prowess to describe native California animals in such a way that they become as thrilling as any exotic creature of yore.

Caron's illustrations keenly explore the play between human and animal realms. From the bluebelly lizard and the California condor to the elephant seal and tule elk, this wondrous cast of characters reveal the depth of their magic.

This book was created in partnership with the Oakland Zoo which has just unveiled plans to create an ambitious native California animal exhibit where local species will be rehabilitated and cared for."