All proceeds from this poster were donated to Shaping SF from 2002 through 2005, paying its rent in the venerable Grant Building until their eviction.

This poster is out of print. You can buy the other, similar one I made for the 20th Anniversary, or other SF critical mass posters on SFCriticalMass.org 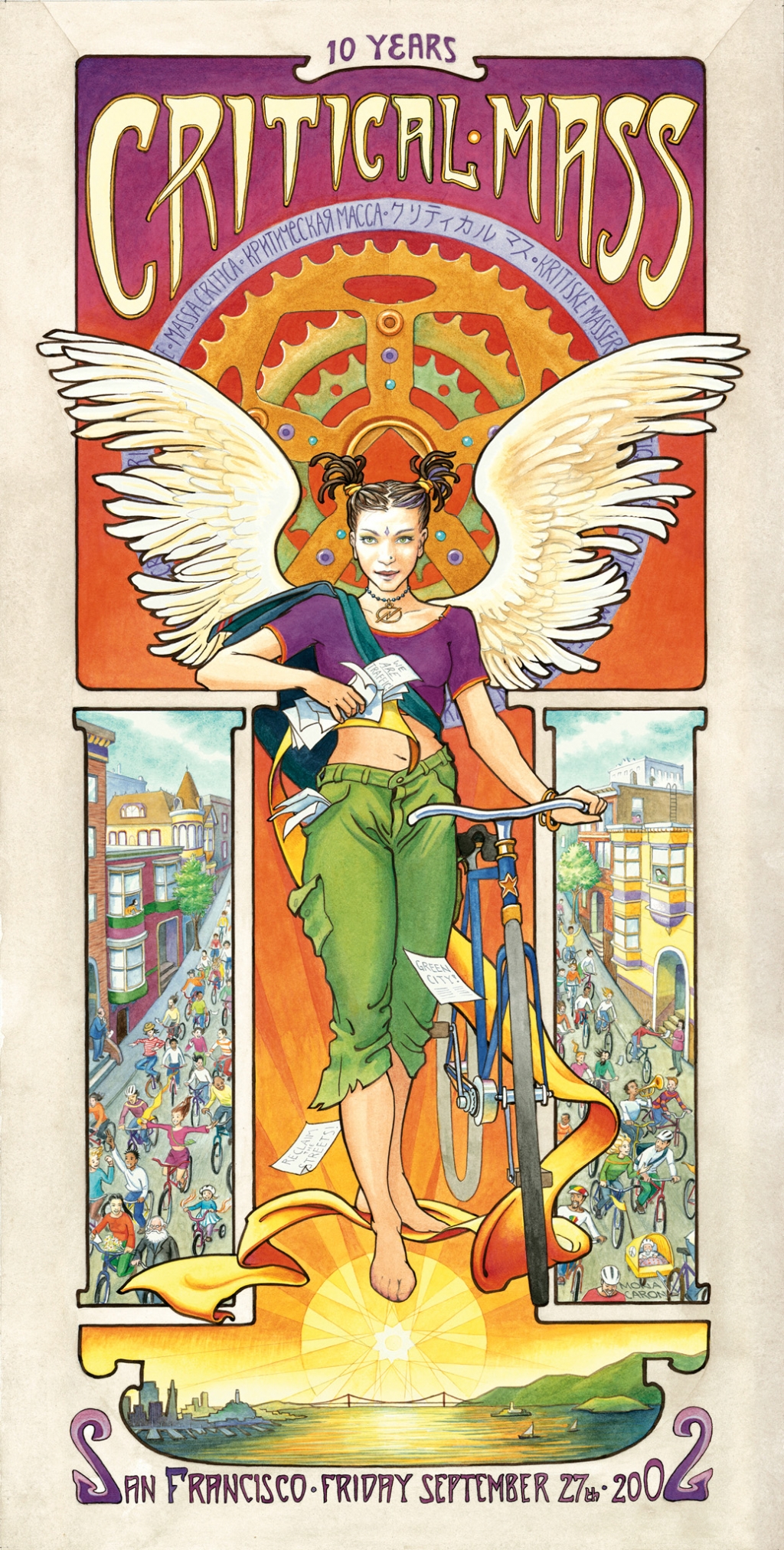